Ho Chi Minh City Tan Son Nhat Airport is the busiest airport in the country with more than 40 million passengers per year. The Ho Chi Minh departures keep increasing every year. The IATA airport code SGN is an abbreviation of Saigon, the city’s former name. Most of the flights at the airport are operated by Pacific Airlines , Vietnam Airlines, VietJet Air, and Bamboo Airways. They offer cheap flight departures to many destinations in Vietnam, such as the capital Hanoi. 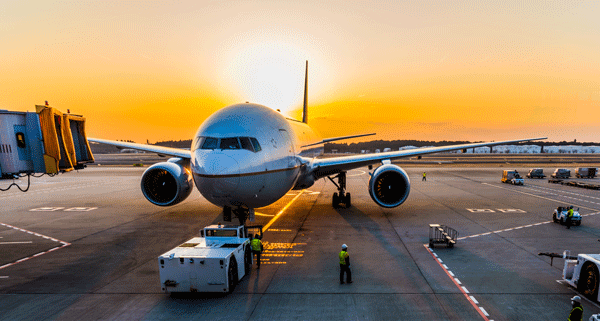 Most aircraft routes are domestic. It is a long stretch of land and ideal for traveling by plane. There are many small airports that you can travel to for a cheap price. The following destinations are the busiest routes from Ho Chi Minh:

There are only a few long-haul flights to the US (San Francisco) or Europe (Istanbul). Other major cities are often also used as hubs to enable many more destinations. There are more possible international destinations in the region. Some examples are as following:

The airport of Vietnam’s largest city is located just northwest of the city center. The center of Ho Chi Minh City is formed by the districts Da Kao, Ben Nghe, Ben Thanh and Pham Ngu Lao, these “wards” are part of District 1 (Quận 1).

The airport has two terminals, Domestic Terminal 1 and International Terminal 2 to process Ho Chi Minh airport departures. The terminals of Ho Chi Minh City Tan Son Nhat Airport are interconnected. The new Terminal 3 will open in 2024 to serve SGN departures with a capacity of 20 million passengers per year. Despite the expansion plans, growth opportunities are limited due to its location in the middle of the city. For this reason, a new airport, called Long Thanh International Airport, is being built 40 km east of Ho Chi Minh City. The first Ho Chi Minh departures are planned in 2025. 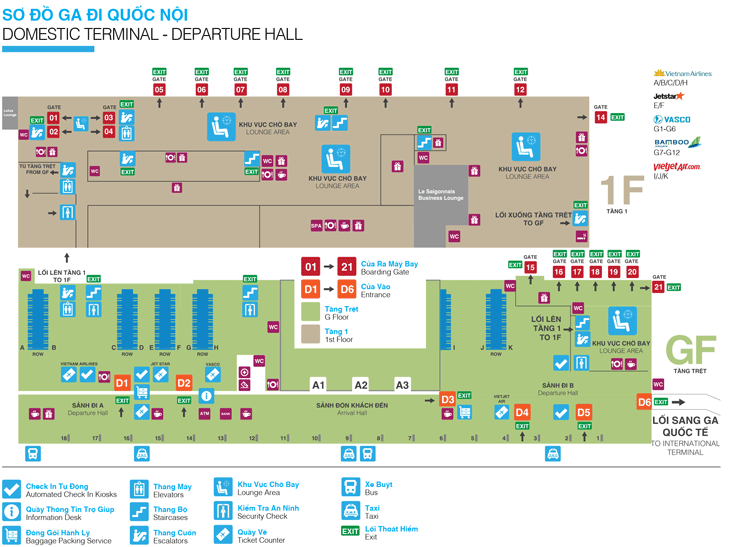 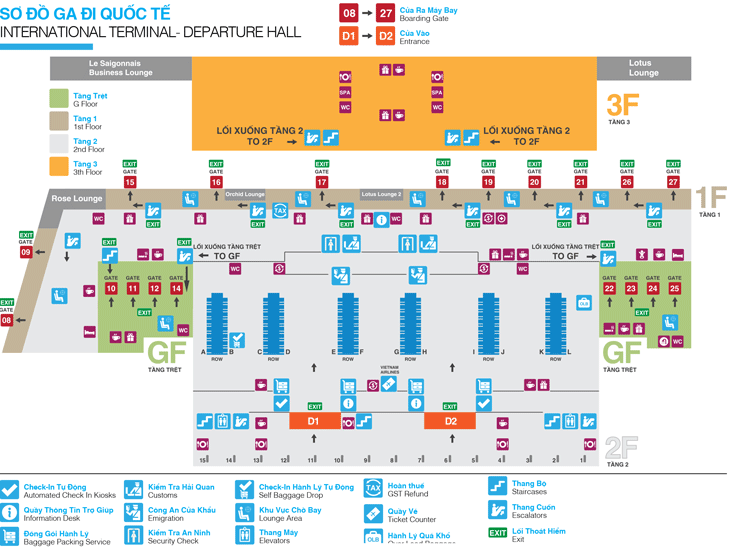 Ho Chi Minh City Airport is not far from the city center. The distance to September 23 Park in the center of Ho Chi Minh City is 8 km. SGN departures by car make the total journey time usually more than half an hour. On your way to the Bến Thành district, you will pass the Reunification Palace, also known as the Independence Palace.

Transport from the airport to Ho Chi Minh City is possible in several ways. Taxis and mini-vans leave for the city center at the arrival hall. The taxis have fixed rates. For the ride from the airport to the center you normally pay 140,000 Dong (+/- €5) and 10,000 Dong for toll. You can buy a ticket for a taxi at the ticket counter in both the domestic and international terminal. Mai Linh and Vinasun are the most reliable taxis at the international terminal. Sasco is most reliable at the domestic terminal (domestic terminal).

It is also possible to travel by bus from Ho Chi Ming City Airport to the center. Bus lines 152 and 109 offer Ho Chi Minh Airport departures every 20 minutes and take you without a stop to the center (Pham Ngu Lao St near Ben Thanh Market).