Noi Bai Airport is the second largest airport in the country of Vietnam but has the largest capacity. Hanoi airport has currently 2 big terminals. It is situated approximately 33 kilometers northeast of the city of Hanoi. With Hanoi airport departures by car you are in the center within an hour! 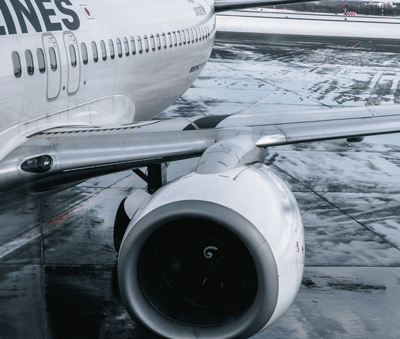 There are still a dozen domestic destinations. International routes also often stay in the region. There are some long distance flights to Europe with some hubs in Doha or Abu Dhabi. European direct flights go to:

Busy international Hanoi departures in the region include the following destinations:

When you look at the number of passengers, Noi Bai Airport is one of the busiest airports in Vietnam together with Ho Chi Minh Airport.

Millions of people travel via Noi Bai to destinations worldwide every year. The airport is easily accessible and, in addition to its many amenities, has various hotels nearby that make the airport suitable for a temporary stay.

There are 2 terminals at Noi Bai Airport. Terminal 1 is the older terminal and has almost exclusively domestic Hanoi departures to cities like Ho Chi Minh City, Da Nang and Nha Trang. Terminal 2 opened in 2014 and offers international flights. Most international Hanoi airport departures fly to: 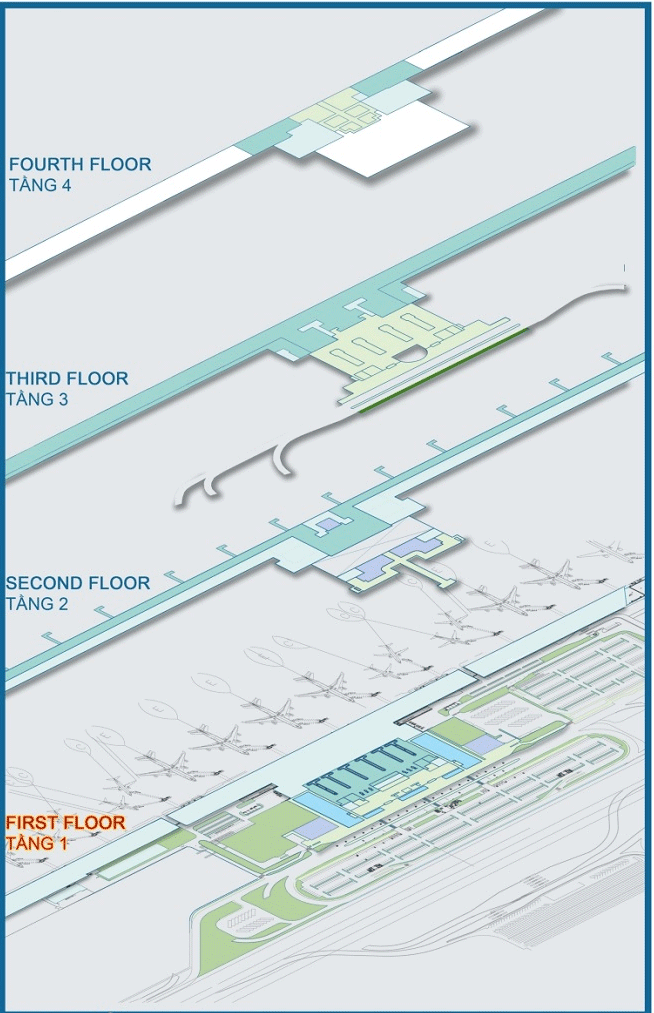 The two terminals are about a kilometer apart. If you are transferring from a domestic flight to the international terminal, or vice versa, take into account the travel time between the terminals. A shuttle bus runs approximately every 15 minutes Hanoi airport departures between the two terminals. The signs in the airport indicate where the stop is for the shuttle bus.

In both the first and second terminals there are several ATMs and Foreign currency exchange desks. For ‘Baggage Lost & Found’ you can contact the airlines that are located in the terminal. If the airline you flew with is not available, you can contact us online.

The lounges after security are located in terminal 2. This can be used if, for example, you want to work for a while or if you want to enjoy more peace or service. They are located on the fourth floor.

Hanoi Airport is located 33 kilometers from the center of Hanoi. Transport from Hanoi airport to the city is quite easy to arrange. Numerous minivans offer Noi Bai departures in front of the arrival hall to take tourists to the center of Hanoi. The prices are fixed. You often pay 100,000 Dong for the ride which is about €4 or 4,5 USD. They will drop you off at Hoan Kiem Lake in Hanoi. Note that some drivers may want to kick you out early. Insist on being dropped off at the lake. From there you can often easily walk to your hotel in the center (old quarter) or take a motorbike or bike.

It is also possible to have Hanoi airport departures  by taxi to the city. Taxis are also lined up in front of the Noi Bai International Airport. For about 400,000 Dong you are in the center. Taxis in Hanoi have a meter. Because it can sometimes be very busy on the road from Hanoi airport to the center, the price of your ride can sometimes increase.

Hotels at the airport

If you need your own space at the airport when you have a transit, for example, you can choose to use VATC Sleep Pods. There is a place to sleep for a while, but also entertainment, a phone, and wifi. A free snack and drink is offered. The price is 40-60 euros. There is an option for the Sleeping Pods at both Domestic Terminal 1 and International Terminal 2.

A few hundred meters west of Terminal 1 there are many other hotels available from the cheaper to the more expensive. Look for this on booking.com.