Hanoi Noi Bai Airport is situated in the northern part of Vietnam. It is one of the biggest airport in the country after Ho Chi Minh City Tan Son Nhat Airport in Saigon. Hanoi Noi Bai Airport arrivals keep  increasing every year with tourists who want to visit Halong Bay and Sapa in addition to Hanoi. The airport is home to the airlines  VietJet Air, Vietnam Airlines and Bamboo Airways. The airport consists of two terminals (Domestic terminal T1 and International T2 ) and there are two runways. There are great options for accommodation near the airport. They, Paragon Noi Bai Hotel & Pool, ideal for an early flight arrivals, have a free airport shuttle. 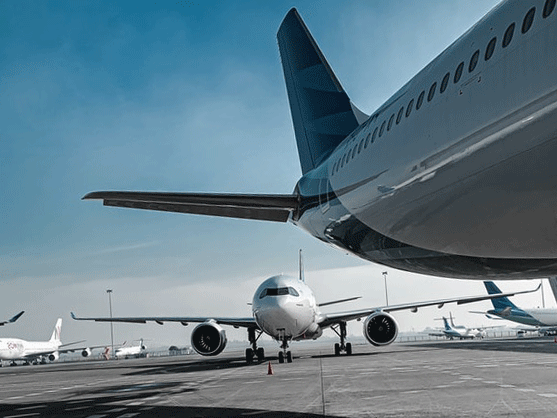 In the International Terminal 2, immediately after the baggage of Hanoi arrivals hall, you will find a ‘Tourist Information’ desk where you are able to ask travel related things. You can also arrange a taxi and buy a Vietnamese SIM card for example. In addition, maps of the city are also available at these desks. For public transport options you have to go outside.

The airport is situated north of the center of the city. It is also connected by the modern Nhật Tân Bridge which goes to Hanoi. You can reach Hanoi Noi Bai Airport by car via the A14 highway (Vo Van Kiet Road). 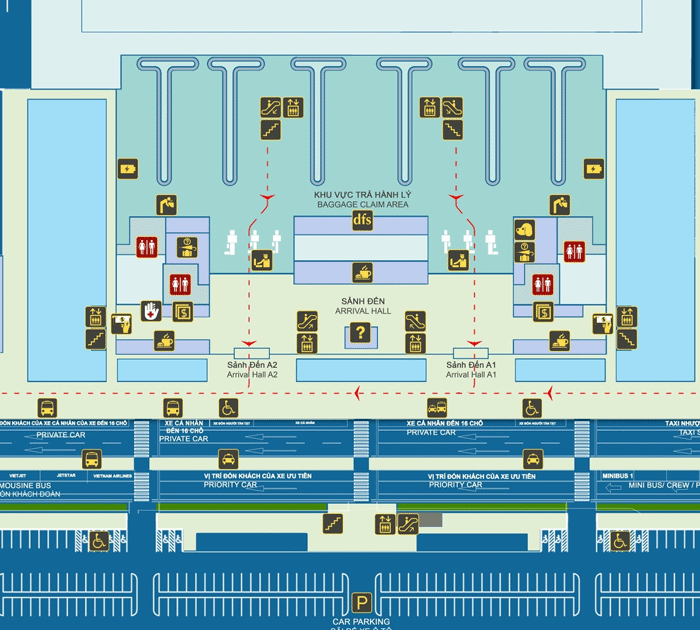 The capacity of this terminal will be increased in the coming years. There will be also a new terminal opened in the near future  (Terminal 3). Between the terminals of the airport, there are free shuttle buses run every 10 to 15 minutes. There are Hanoi airport arrivals with these buses  from early in the morning until late at night.

Travel to the center of Hanoi

Hanoi Noi Bai Airport is about 28 kilometres away from the city center (Hoan Kiem Lake). You will experience Hanoi arrivals by car from or to the city center in 40 to 50 minutes. That is also depending which area you go to. In the northern part of Hoàn Kiếm District you will find Hanoi’s Old Quarter, in the southern part Hanoi’s French Quarter.

Vietnam Airlines minibuses depart every 30-40 minutes from Hanoi arrivals in Terminal 1. Tickets cost VND 40,000 (about 1.5 euros) each way. This shuttle bus also runs from the center to the airport in Hanoi from the Vietnam Airlines booking office (01, Quang Trung street).

Jetstar Pacific and VietJet Air also offer buses to the city center, but these can only be arranged directly through the airlines.