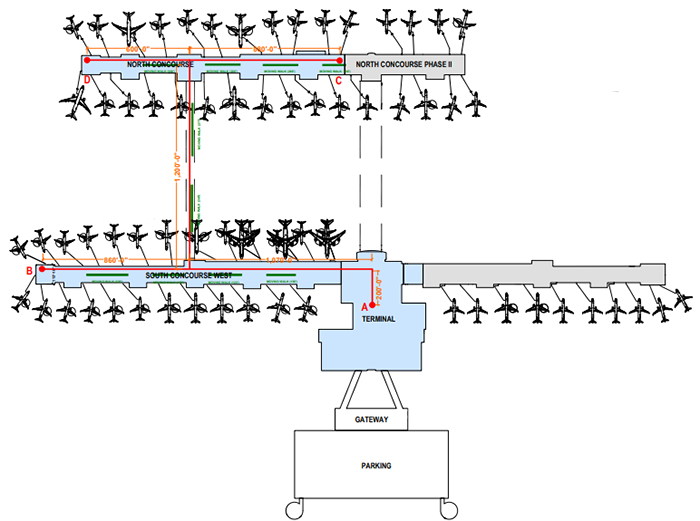 This airport is served by 15 different airlines that process SLC airport departures. Air Canada, United Express, America West, United Airlines, and American Airlines are only a few of them.

Most of the flight departures from Salt Lake city go to Denver. It’s the most popular route which you can fly with the airlines Delta, Frontier, Southwest, United Airlines. Other busy flight routes are going to:

The most busy international SLC departures are going to Amsterdam Schiphol in the Netherlands. Other destinations located in Europe are Paris CDG and London Heathrow.

Many flights also go to Canada. Then you are offered Salt Lake City airport departures to Calgary, Toronto Pearson and Vancouver. Mexico as a final destination also has several options. You could then have departures to places like:

The airfield consists of three air carrier runways and one general aviation runway for all Salt Lake City departures. 16L/34R has a length of 12,003 feet, 16R/34L has 12,000 feet, 17/35 has 9,596 feet, and 14/32 has 4,900 feet. There are two terminals, five concourses (A-E), and 83 aircraft gates to process all Salt Lake City flight departures. Delta Air Lines and SkyWest Airlines are based in Terminal Two. Terminal Two is home to Delta Air Lines and SkyWest Airlines. Terminal One is used by all other airlines serving SLC flight departures. The Foreign Terminal is also home to US Customs and is used by chartered planes in addition to regular international service. 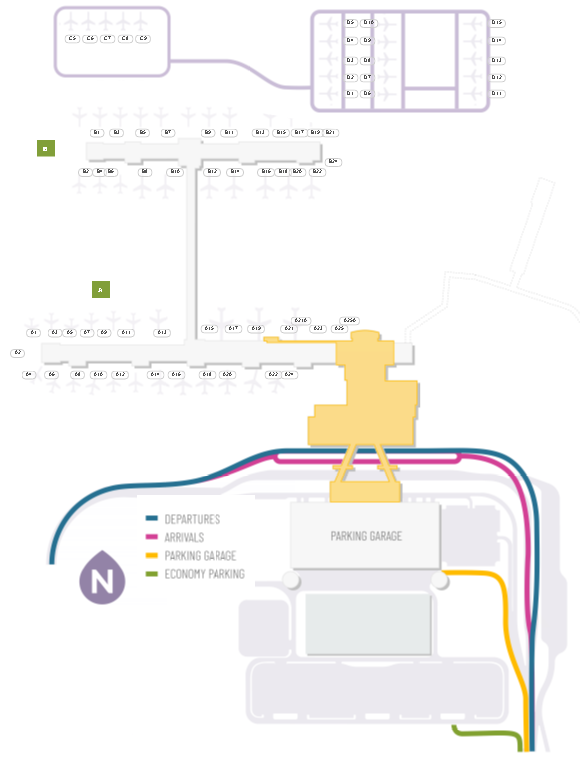 Travel to and from Salt Lake City Airport

The Salt Lake International Airport is easily accessible through UTA buses and Trax trains. Trax’s Green Line serves SLC departures to  downtown Salt Lake City with the airport. From 6:00 a.m. to 11:00 p.m., Salt Lake City airport departures by trains run every 15 minutes on weekdays and every 20 minutes on weekends. Monday through Saturday, 9:45 a.m. to 10:00 p.m. Sundays and holidays are excluded. For bus routes 453 and 454 that serve the airport, call (801) 287-4636. One-way bus and Trax prices are $2.50.

SLC has two security checkpoints: one for international arrivals connecting to other flights and one for the main checkpoint on level 2 of the main terminal for SLC airport departures. The main checkpoint is open 24 hours each day, 7 days every week.

The TSA suggests arriving at the airport two hours before the scheduled Salt Lake City departures of a flight. Allow even more time if you’re traveling with young kids, toddlers, or people who have special needs. The suggested arrival time for international flights is three hours before Salt Lake City flight departures.

Remember that airline check-in and luggage drop-off hours differ depending on the flight schedule. Check with your airline about the hours. You will not be able to get through to the secure area of the terminal (air-side) until the morning if you are in the public area of the terminal (land-side). The hours of operation for TSA security screening checkpoints vary by terminal: