Rapid City Regional Airport is located in the center of the country in the state of South Dakota east of the city of Rapid City. There are mainly RAP arrivals because Mount Rushmore is close by. The airport is located about 10 miles from the center of the city. It has 2 runways, 1 of which is large enough for normal passenger aircraft respectively. This one is 8,700 feet to lat larger aircraft. The second one is a smaller one for small private aircraft.

Most of them are domestic Rapid City arrivals. The most visible airlines are:

Most RAP arrivals are from Denver operated by United. The airports at Minneapolis and Dallas are in 2nd and 3rd place of most flights. Rapid City Airport arrivals are growing! A growth of 12.7 percent was realized from 2018 to 2019. There were 705,128 passengers last year.

There is 1 terminal at this small airport. On the first floor is the baggage reclaim area and rental car companies. The check-in counters are also on this floor. After checking in, you need to take the escalator to the second floor to access the gates via the security checkpoint. 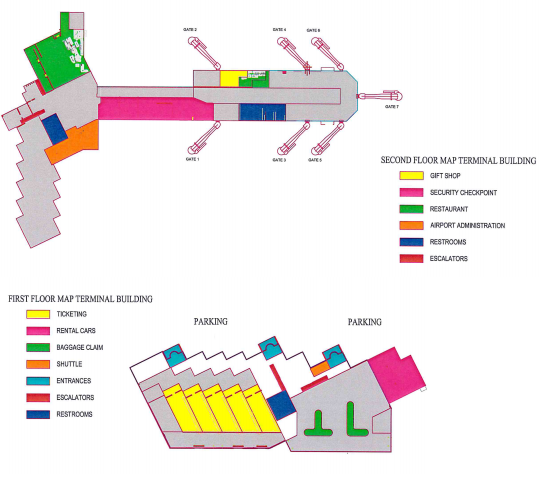 A bar and restaurant can be used before and after security. There are salads, sandwiches and drinks are available. There is also a Gift shop where you can buy clothes or magazines in addition to some souvenirs. This is on the second floor of the terminal once you have passed security.

Rapid City Regional Airport is located east of the city. From the north or east you will be on Interstate 90. Take exit 61 to drive a few miles south. You then have to take the exit to Highway 44. After 5-6 miles you turn towards the airport and it speaks for itself. From the south, the easiest way is to take Highway 79 to Rapid City. Take the exit and head east on 16 and then a few miles later on 44.

In many cases it is most common to rent a car. There are well-known car rental companies in the Rapid City arrivals hall such as Alamo, Avis, Enterprise, and Hertz. Outside the terminal there are also some options such as Black Hills Car Rentals and TEAM. Another option is to rent a motor cycle at eaglerider.com.

Shuttle service: use RapidShuttle (rapidshuttle.com) for your transportation to and from the airport. This service between downtown and the airport costs $60 for two people. Other popular destinations: 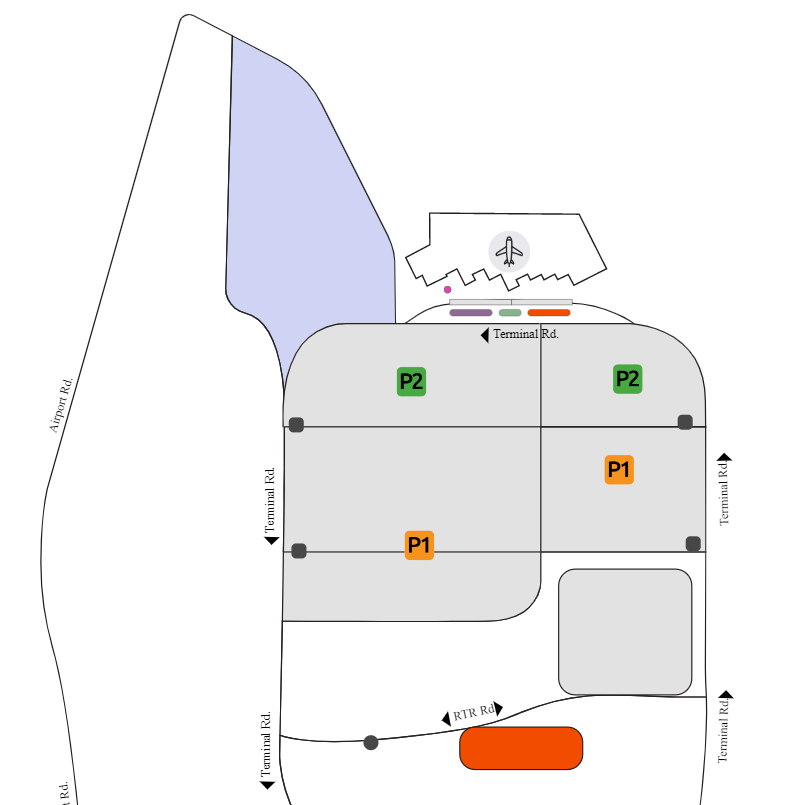 There are no hotels located at the airport. For this you have to travel to the city. This takes 20 minutes with a distance of about 10 miles.