Orlando Intl Airport is often known as MCO, located 9 miles from Orlando’s center. It’s one of the busiest and largest airports found in Florida. This airport is scattered across 23 sq miles, obtaining the rank of the 3rd largest airport that is found in the United States. Also, it’s only a few airports across the world that may accommodate a new-generation 6-Class aircraft. This airport is even used as the space shuttle contingency landing place.

To  Downtown Orlando: Head north on Access Rd/Jeff Fuqua Blvd. Continue on Jeff Fuqua Blvd for 1.7 miles. Follow road to S Semoran Blvd for 6.4 miles. Slight right turn and merge onto FL-408 W toward Downtown/Orlando. Merge onto FL-408 W. Keep left at the fork and stay on FL-408 W. Take exit 10A to I-4 E toward I-4 W/Tampa/Daytona Beach. You are in the Downtown area. 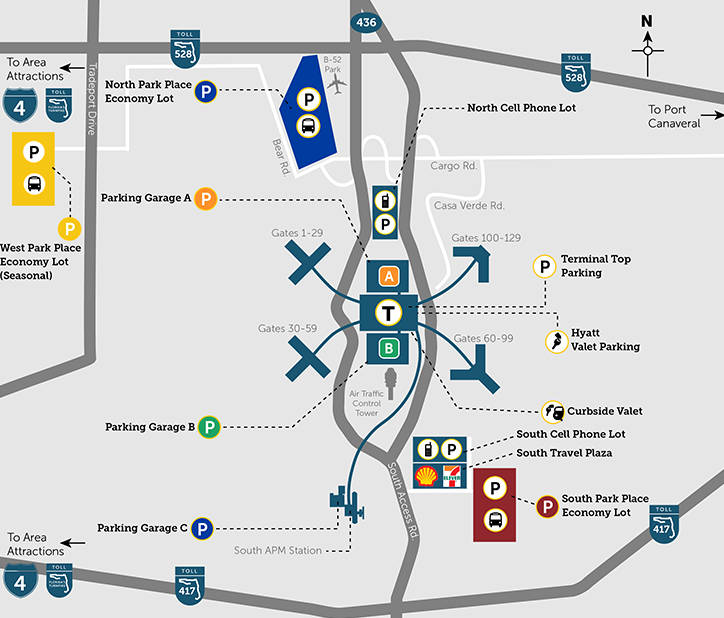 The design of the Orlando International Airport terminals consist of a couple of connected terminals, i.e., A & B, with two separate concourses (i.e., Airside 1 – 2, and 3 – 4).

The major terminal complex at the Orlando Airport has three levels: 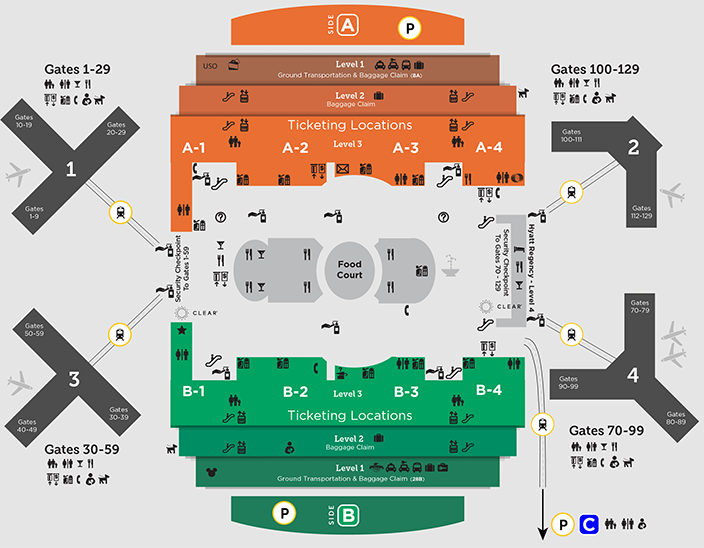 A new modern terminal will open in September 2022. This will be Terminal C and is located slightly south of the main terminal. 15 additional gates will be added and the terminal will offer various food and transport locations. You can also shop with 11 shops. For a little more peace and luxury, you can use the Plaza Premium Lounge. The terminal consists of different levels.

The carriers that will operate flights here are the following: 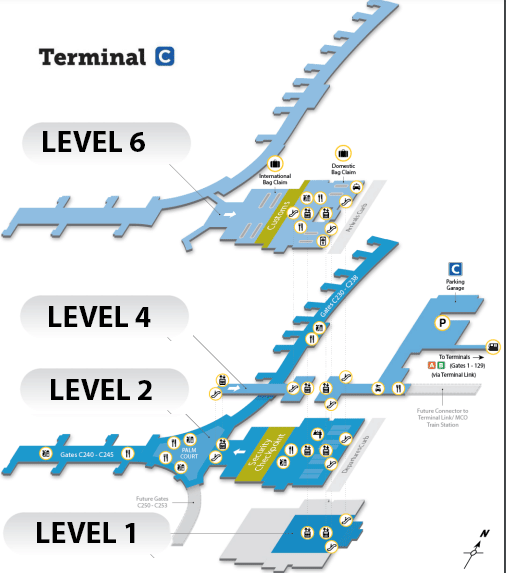 Orlando is a popular place to fly to, domestically and internationally. The most Orlando airport arrival times are from Atlanta Georgia. Other busy domestic routes are:

Two international cities are flown most to Orlando. Those are London Heathrow and Toronto. Other routes that process MCO arrivals are the following:

This airport handled about 35.6 million passengers in the year 2008, which made it 22nd in terms of the busiest and crowded airport across the world in that year. The passenger no., however, got down to only 33.7 million in the year 2009, a decline of 5.5% from the year gone by. In Jan 2010, the airport went on to record 2.77 million passengers. However, the airport welcomed over 50 million passengers last year 2019 but announced the 41.6 per cent drop in the total traffic for the passenger in the fiscal year 2020 that ended in Sep. Eventually in 2020 there were even less Orlando airport arrivals with a decrease of 57.3% with 21,617,803 passengers.

If you’re looking for a good hotel near the Orlando airport, you don’t have to look far. There is even a fantastic hotel in the main terminal of the airport. That’s Hyatt Regency Orlando International Airport Hotel. The hotel scores well on everything with a breakfast, restaurant, great rooms, swimming pool, fitness and much more.

If you want to stay in another hotel for whatever reason, you can. North of Orlando Airport are several other hotels within 1 to 2 miles. These are located north of 528 and can be reached from the airport via S Semoran Blvd.