One of the well-known airports in the United States of America, LaGuardia, has managed to hold a place in the list of the busiest airport in the country. This airport witness approximately 3,73,356 flight operations and 31,084,894 passengers every year. This post talks about the details of how the LGA departures work in LaGuardia. Keep reading!

A brief history of LaGuardia airport

The city authority dedicated LaGuardia as the New York Municipal Airport in the year of 1939. It started the business operation on 2nd December in the same year. Before, it was nothing but a tiny north beach airport. However, the authority later invested around $23 million and turned it into a giant 550-acre air harbor that features all up-to-date facilities for LaGuardia flight departures. As per TIME, this airport is “the most pretentious land and seaplane base in the world”.

LaGuardia houses a total of four terminals – A, B, C, and D. 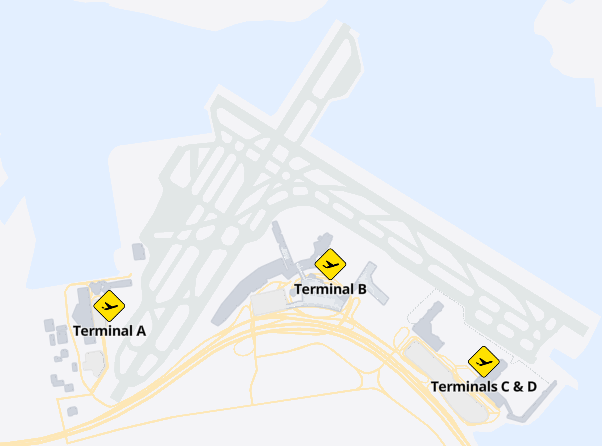 The ground transportation services of LaGuardia involve Bus Services. The list of the active La Guardia airport departures by bus services in the airport looks like the following.

Apart from the stated ones, there are ample private buses from Manhattan, Hudson River, and other areas that can help you to reach the terminal for a LGA airport departures. In case you’re not comfortable enough with bus services, you always have the alternative of reaching LaGuardia departures using app-based rides or car rentals.

The pre-La Guardia departures checks in the airport are quite convenient. It takes around 17 minutes to complete all the checks. However, on Mondays, Tuesdays or Saturdays, (more specifically, 10-11 am), the wait time can take a bit longer than usual. This is because of the super busy operational hours of the airport.