MIA, Miami International Airport does not need much of an introduction. Constructed in 1928, the airport is the first choice of travelers for international and domestic Miami flight departures to Miami, Florida. Several airlines operate from the airport’s three terminals and the 4 runways. MIA is spread across 3,230 acres of land and happens to be the third-largest hub for American Airlines. The famous Miami Beach is 18 minutes drive from the airport. Passengers can avail town car, shuttle, taxi, or bus to reach various tourist attractions from the airport.

Park & Ride is in front of the central terminal part. There are 6 concourses divided by the north, central and south terminal. For Miami airport departures you go to Level 2. There will be check-in, security pass and boarding area. Level 1 is for baggage claim and on level 3 is rental car center and parking options. On this floor you can also use the people mover system to travel between the terminals. 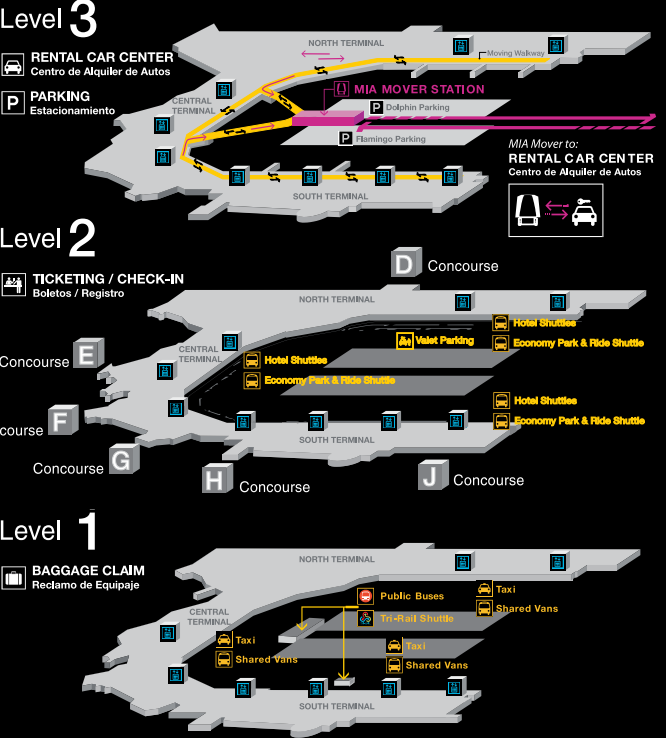 It remain having many Miami airport flight departures

MIA makes it on the list of the world’s busiest airports. Earlier (Pre-COVID-19 era), it offered flights to more than 150 destinations worldwide with 80 airlines. Currently, the airport has MIA airport departures to almost 150 cities; out of these, most are in the US, a dozen in South America, and Central America, the Caribbean and Bahamas, and Europe, as well. Miami departures are among the most popular ones are the earlier mentioned top routes.

The airport handled 677,400 passengers in January 2021, whereas in January 2020, roughly 1,997,208 travelers had used the airport. Put simply; there was a 66.08 drop MIA flight departures due to the pandemic. Miami International Airport attracted a lot of attention recently as it managed to handle 89,415 travelers on March 14. The airport touched this number for the first time after March 2020. Airlines are resuming services to various routes; while on the other hand, some are also being canceled. So, it’s always better to keep an eye on Miami Airport departures.

New routes are a new ray of hope

Eastern Airlines recently launched their Miami to Asunción, Paraguay (South America) flight. The weekly service has been available since January. The airline plans to launch MIA departures to Montevideo from June this year (2021). Eastern Airlines, headquartered in Wayne, Pennsylvania, has successfully managed to carry on with their plan that aims at improving connectivity to Latin American expansion from MIA.

Frontier Airlines is all set to introduce six new MIA airport departures this year. The carrier plans to introduce flights to:

Some of these have already been introduced.

The most busiest domestic MIA departures are a few of the earlier mentioned but also:

All will be flown by US based airlines.

Measures to stop the spread of COVID-19 infection

The frequency of flights at MIA is such that a person visiting these premises won’t believe anything like corona virus infection still exists. That’s because airport authorities and airlines have the best possible safety measures in place. TSA checkpoints, restrooms, and other high traffic areas are deep cleaned frequently to ensure safe Miami international airport departures.

Failing to follow the mask mandate can prove to be an open invitation for trouble at the airport. People can also purchase gloves, hand sanitizer, and face coverings at various terminals.

Passengers arriving from overseas at MIA need to carry a negative coronavirus test report. Likewise, some countries require people coming from the US to have test results or a vaccination certificate. It is always best to visit the airline website for more info about flight schedule updates and entry requirements for the selected destination.

During the activity of the corona virus many flights are cancelled, especially to the destinations in South America. Especially flights to the Caribbean (and somewhat central america) are starting to pick up again. Think about: