MIA, Miami International Airport, is considered the primary airport for Miami, Florida. MIA has been in business since 1928 and offers flights for the Caribbean and Latin America more than any other airport in the United States. It ranks third in terms of handling international arrivals. The airport manages MIA flight arrivals for over 80 airlines to more than 150 destinations worldwide. No doubt, it is one of the busiest airports in the world. 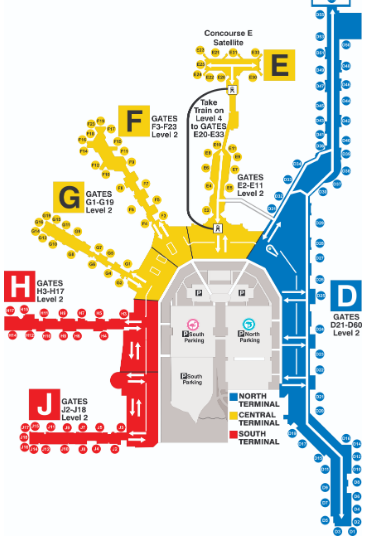 MIA consists of three terminals, named North Terminal, Central Terminal and South Terminal. There are multiple concourses within the terminals. It’s easy to travel between the terminals with the people mover which is situated on level 3.  Level 2 is for ticketing and access to the concourses for boarding.  Level 1 is for MIA airport arrivals because of the baggage claim. Of course arriving with the plain will be at level 2 first. 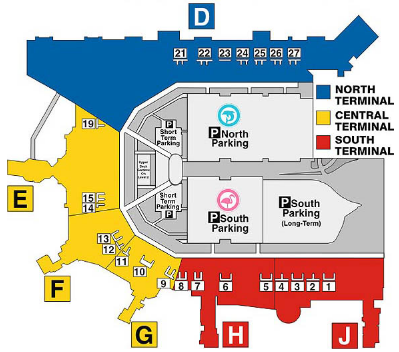 There are a lot of parking possibilities, in front of the terminals af your Miami airport flight arrivals but also on parts of  level 3.

The top airlines with Miami international airport arrivals are LATAM, Aerolíneas Argentinas, Virgin Atlantic, Copa Airlines, British Airways and Iberia. MIA is a crucial hub when it comes to cargo operations and passenger traffic for LATAM, Frontier, and Avianca.

Three of the most popular flights before the arrival of the coronavirus pandemic were Miami to Atlanta, Chicago and Dallas. Other frequent flights in the US go to LaGuardia, Charlotte, JFK, Philadelphia, Houston, Los Angeles, Newark. Most of these Miami airport arrivals will be served by American Airlines who has a market share of almost 67%. Many of the previous busy international flights are stagnated with cancellations on beforehand. Think about countries like Brazil that have trouble to control the pandemic. More and more routes are starting to pick up again, especially to the Caribbean. It has important destinations for a holiday. Some of these are Aruba, Kingston, Santo Domingo Las Americas, Saint Thomas, Antigua, Sint Maarten, Nassau, Roatan, Curacao Airport, Georgetown, Port Au Prince, Freeport, North Eleuthera, Key West, Montego Bay but also al lot of MIA arrivals from Central America: San Salvador, Cancun, Mexico City, Guatemala City, Tegucigalpa (als some of South America like Quito, Medellin, Cartagena, Bogota).

Before the beginning of the COVID-19 crisis, MIA handled more than 1000 Miami flight arrivals daily, connecting to 167 domestic and international destinations. Numbers dropped drastically during 2020 but reached 677,400 passengers in January 2021.

The airport handled about 720 flights during each weekend in February this year. Percentage-wise, this number happens to be 25 percent down compared to the same weekend during the last year. MIA recently made it in the headlines as it handled 89,415 passengers MIA airport arrivals on March 14. The rise in traffic attracted a lot of attention as it was the highest since March 2020.

Another vital positive sign was the launch of the Miami to Asunción, Paraguay (South America) flight from Eastern Airlines recently. The airline has also declared its intention to launch a flight to Montevideo from MIA. Especially the southern part of South America was harder to reach because lack of Miami flight arrivals.

The increasing number of Miami arrivals at the airport indicates that South Florida is slowly but surely attracting more tourists. Both new and existing airlines are adding flights from MIA due to the strong passenger demand. However, these numbers are far below the figures from the pre-pandemic era.

Passengers who look at the Miami Airport arrivals list may feel as if the pandemic has ended. But, unfortunately, that’s not the case.

MIA has been taking aggressive steps to ensure the safety of employees, visitors, and passengers. Protective plexi-glass screens have been installed at TSA checkpoint lines, information counters, boarding gates, and check-in-counters. Using a facial covering is a must, and so is maintaining physical distancing at the airport during the flight but also after the Miami airport flight arrivals at the airport.

Since January 26 2020, travelers entering the US airspace need to carry a coronavirus test report with them, of course before Miami airport arrivals it need to be negative. Similarly, before leaving for the airport, every individual should ensure they are well-aware of restrictions, document requirements, or quarantine rules applicable to travelers in the country or state that they plan to visit. Airlines may prefer not to allow individuals without proper documents to board the flight. The same goes when it comes to face coverings.