The airport has been renamed Harry Reid since 2021 after it was first McCarran International Airport. This Nevada airport, near the famous gambling city of the world, Las Vegas, is a popular destination. Both many domestic and international flights find their way to the airport.

The first Las Vegas departures took place at Anderson Field in 1920. With some name changes and yet another airport, the idea of the current airport was born in 1942 with the construction of it. The first Las Vegas airport departures took place in 1948. That was only a dozen departures a day at that time. Due to demand, the airport had to be expanded and renovated. Among other things, a new terminal was built for international traffic. More and more different airlines could be seen and the airport continued to grow with even a third terminal and four runways. Ultimately, in 2016, the second terminal was completely replaced by the third. . 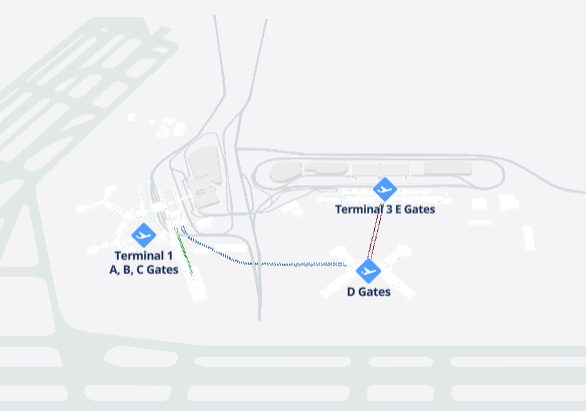 Location of the airport

Harry Reid International Airport located a few miles south of the city of Las Vegas. The airport is therefore easy to reach by taxi, limousine or Ride Share from the Strip. As with almost every major airport, numerous rental companies (Avis, Dollar, Hertz etc.) can be found here. The center of it is slightly away from the airport which can be reached via shuttle buses. 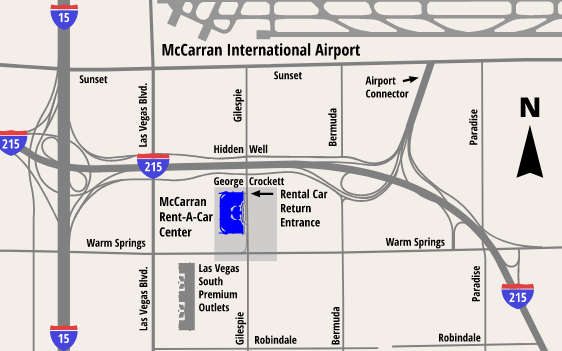 Travel easily with the public bus to the airport with various options. The buses have Las Vegas Harry Reid departures at level zero at terminal 1 and at terminal 3 at level 2. There are also LAS Airport departures with inter-city buses to Laughlin, Fort Mohave, Lake Havasu, Pahrump, St. George and others. . An Inter-Terminal Shuttle also runs between the terminals. 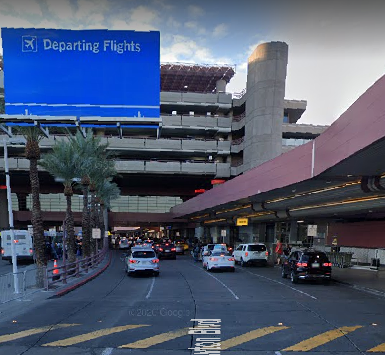 So there are 2 terminals (terminal 1 and 3) at the airport. Terminal 1 consists of Level 0, 1 and 2. Level 1, the Las Vegas departures start with check-in. Baggage hall is also here. After check-in you go through security to level 2 in front of the Las Vegas airport departures hall. There are 3 different concourses at the terminal itself. The fourth is Concourse D which can be reached by tram / rail just like for Terminal 3. In terminal 1 is the check-in for the following airlines: Spirit, Southwest, Delta, American Airlines and Allegiant. 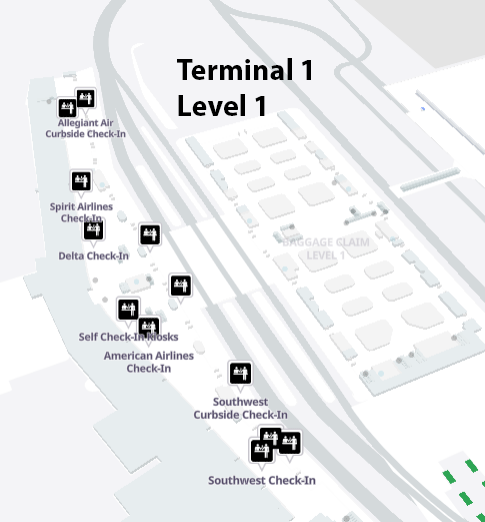 At terminal 3 are the other domestic airlines (Alaska Airlines, United Airlines, SunCountry, JetBlue and Hawaiian Airlines) and international airlines such as AeroMexico, WestJet, Volaris and VivaAerobus. The Harry Reid flight departures from Terminal 3 depart from Concourse E and can be reached via the tram to Concourse D.

Smoking area is outdoors as well as at enclosed Gaming Lounges (B, C, D & E Gates). If you want to experience a lounge you could also enjoy the following places: The Centurion, USO, United Club and The Club at LAS.

Most LAS departures go to Los Angeles on the west coast. Other busy routes are going to:

The top 10 busiest routes are completed by Detroit, San Diego, Phoenix-Sky Harbor, Chicago-O’Hare. All these connections are carried out by American airlines.

Harry Reid airport has grown in the last decade and provided flights for 51,537,638 people in 2019. Due to corona, the passenger numbers have dropped significantly to 22,201,479 passengers in 2020. The LAS flight departures will not be at the old level in 2021 but hopefully there will be growth again to see.