The first flights at this airport took place in 1962. It was then named after John Foster Dulles. The main airline is United Airlines with a market share of 70% of the total number of flights. It offers routes to many cities in the US as well as to other parts of the world such as Europe, Asia, and Africa. There is 1 large terminal that is then subdivided into different parts. There are 4 runways of similar length with even a fifth in the pipeline. With almost 24 million passengers in 2010, is a medium sized airport. It still is over the years with almost 25 million passenger Dulles Airport arrivals.

The airport consists of four parts. Main Terminal where you check in.

IAD Airport has a large main terminal that connect to 4 different piers (A, B, C and D). In total there are even 123 gates for all IAD airport arrivals.

For departure you have to go to the top floor for check-in counters. The bottom floor is the hall for Dulles Airport arrivals where there is baggage claim and you are able to go through customs and continue your journey. 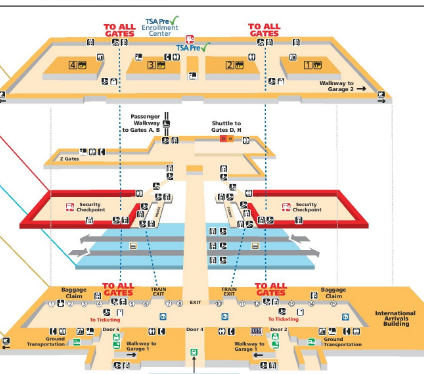 Directions: If you want to drive to Dulles international airport by car there are two general options. From the south with the route 66 to the 50 and 28 or you can from the center via the state route 267.

There are several parking options at the airport. Parking directly in front of the terminal is called Terminal Parking. Just in front of it is Garage 1 and to the right is Garage 2. If you are planning a longer stay than a week, we recommend that you park your car at Economy Parking. Drop off is possible at the curbside but just not for Valet parking. You can also use the Cell Phone Lot when picking up passengers and you are too early. 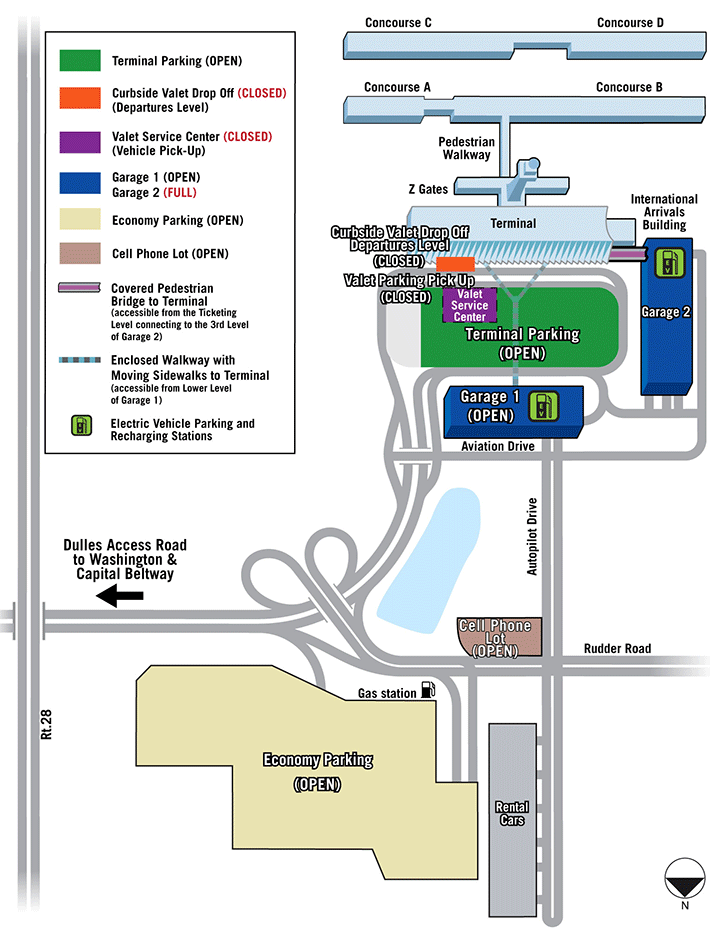 Most of the domestic Dulles Airport arrivals come from Denver, Colorado. You could fly this route with the carriers Frontier, Southwest and United airlines. Los Angeles, San Francisco and Atlanta airport arrivals are other popular options.

If we look at most international IAD arrivals, London Heathrow comes to place 1 with 800,000 passenger Dulles flight arrivals. London is followed by:

Between Garage 1 and Cell Phone Lot next to the water is the hotel location of Washington Dulles Airport Marriott. This 3* hotel has an ideal location near the terminal and offers a free shuttle service. Especially for passengers on a business trip, international stopover or simply for those with a late arrival at the airport. A few miles away there are still a number of options to stay close to Dulles Airport. These include: