Get to know flight information and arrivals at Hollywood Burbank Airport

Hollywood Burbank Airport is known as BUR or KBUR or Bob Hope Airport. It is a world famous airport located in northwest of downtown Burbank, California. This specific airport serves the northern Greater Los Angeles region and Downtown Los Angeles including Pasadena, Glendale, and also San Fernando Valley. It is located very closer to Universal Studios Hollywood, Griffith Park, Hollywood, and Downtown Los Angeles than LAX (Los Angeles International Airport). At the same time, it is the only airport in this region with the direct Burbank arrivals rail link from the Los Angeles Downtown and many more areas. 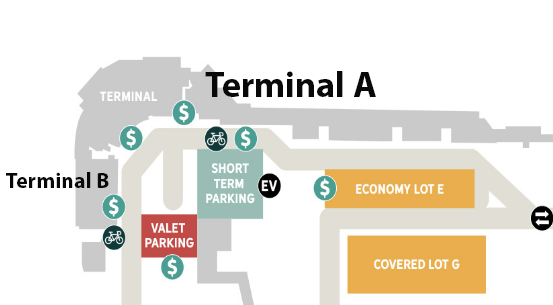 When considering the ground transportation of the Burbank airport in Hollywood, you can easily reach the airport using the exit off Interstate 5 of the Hollywood Way, the Pass Avenue or the Hollywood Way exit off state Route 134 or State Route 170 for the victory Boulevard exit off. Pedestrian and car availability for BUR arrivals to the terminal is given at either on Empire Avenue one block west of the Hollywood Way or Hollywood Way & Thornton Avenue. There is also on-site parking consists of the short term parking, valet parking, and as well as Parking Lots E and G.

There is also Remote Parking Lot A is generally located at Winona Avenue & Hollywood Way, and Remote Parking Lot C is actually located on Thornton Avenue west of Ontario Street. For the convenience of the passengers, the shuttle buses are also given there from parking lots A and C to the buildings of the different terminals. When considering the shuttle stop, it is also located at the corner of Thornton Avenue and Hollywood way. There are different drop off locations for the passengers using the various transportation facilities such as Uber, Lyft, and Wingz to have Burbank arrivals.

The airport is growing steadily every year with a record set in 2019 of 5,983,737 passengers. Unfortunately, there were far fewer Burbank flight arrivals in 2020. There were 2 million passengers and due to the pandemic, the 6 million will not be reached in 2021.

Most Burbank airport arrivals come from Phoenix-Sky Harbor and Las Vegas in Nevada. Other frequently flown routes are going to: