Travelling can be hectic, and good airlines and airport service can make a great deal of difference; this why travelling through Grand Rapids Airport (Gerald R. Ford) will offer one first-class service. It is an airport in use for many commercial Grand Rapids departures. The airport is located at Cascade Township, approximately 13 miles southeast of Grand Rapids in Michigan. Gerald Ford airport departures will take place on 3 different runways.

Grand Rapids airport is owned and operated by the Kent County Board of Commissioners. It is managed through an independent authority. This airport was opened as Kent County Airport, but it was transformed into Kent County International Airport after some years. In December 1999, this airport was named Gerald R. Ford. He was the 38th President of the United States. This is the largest commercial airport in the West Michigan region with 85 thousand GRR airport departures yearly.

New baggage screening rules and regulations were introduced in the United States in 2002 by the Transportation Security Administration. Grand Rapids. It was the first airport in the entire nation that conducted trials for the latest screening machines. Because the baggage processing place was a little small for the new machines, the airport authorities placed them in the passenger lobby.

Gerald R. Ford airport or Grand Rapids Airport has two parallel east and west runways. It has one north-south runway with Grand Rapids departures. The airport also offers cargo facilities and general aviation facilities. This airport consists of a passenger terminal that has two concourses. The Grand Rapids airport has around a 5,000-foot aviation runway to the north of the major runway. There are many retail shops and showrooms at the airport from where the passengers having Grand Rapids flight departures can shop. There are many food joints and restaurants at the airport to enjoy their meals while they wait for their flight. 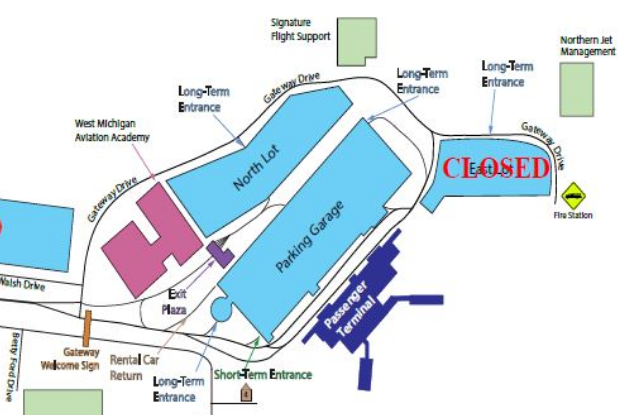 The places of arrival with Gerald Ford airport departures are:

It is reported that the airport served over 3,587,767 passengers as of 2019 and 85 thousand Grand Rapids departures. This has been cut by half in 2020 because of the pandemic. This airport continues to serve airlines that have connected flights that fly across the world. It is one of the busiest airports in Michigan.