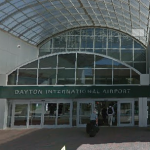 Airport James M Cox Dayton International Airport, located close to Dayton and it’s in the UTC-5 (DST-4) timezone in Ohio. It is located north of the city center in Montgomery, Ohio. It has to bear the Cleveland and Columbus airports in the state of Ohio. The carrier American Airlines (AA) operates most flights via one of three available runways. There is 1 terminal at the airport.

It all started in a suburb above the city in Vandalia. That was in 1928 but there were no scheduled flights. That only got off to a slow start when it opened in 1936 as Dayton Municipal Airport. with 3 concrete runways. After the Second World War, the airport was soon given the name of former governor James M. Cox-Dayton. Later in your 50s, a completely new terminal was built which was put into use in 1961. At that time there were about a dozen flights a day from TWA and American. No long-haul flights could be performed yet, but after a few extensions these increased slowly. This also gave the opportunity to have more freight transport via the airport.

A renovation of the terminal was started in 1998 and was completed four years later. A climate control system was installed as well as lighting, windows, doors etc. Improvements were also made for the shops and eateries. One of the last fixed international flights was to Toronto, Canada. Air Canada discontinued the route in 2011 to move it to Cincinnati. For example, there were more and more airlines that changed their routes to this city and thus started the decline in Dayton airport arrivals.

The airport is located 10 miles north of the city. If you are staying in a hotel in Dayton, you can request a specific Courtesy Shuttle that you can use. Otherwise there are fortunately more options such as the taxi. The taxi service is open from 7 am to 12 am (unless there is a later flight). There is also a bus service (route 43) that runs early in the morning until midnight. After Dayton Ohio airport arrivals there are also many passengers who use rental car companies. The well-known Avis, Budget, Thrifty, Enterprise, Alamo, Hertz and National are available at the airport to rent a car. Another option would be to arrange an Uber or Lyft transport to get to the destination. 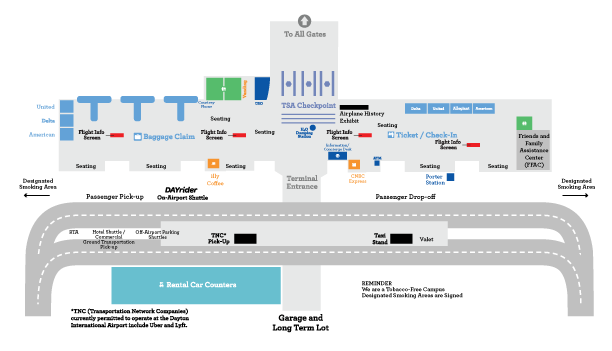 There is 1 terminal which then has 2 concourses (Concourse A and B) to process all DAY airport arrivals. There are 3 runways, of which the longest is 10900 feet long. The airport is relatively a small airport with around 1 million passengers a year.

It’s mainly used for domestic Dayton flight arrivals so it’s no surprise the top airline carriers are Delta, American Airlines and United Airlines. Most Dayton arrivals are from the world’s busiest airport Atlanta and from Chicago O-Hare airport. Some other important routes are going to Detroit, Minneapolis, Denver. 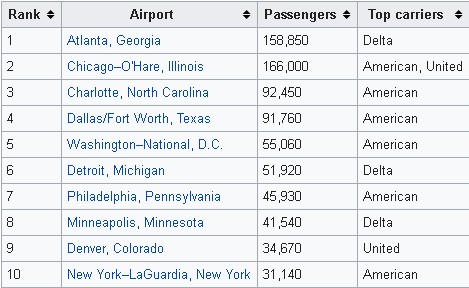 There is not much growth in terms of annual passenger numbers. This even decreases slightly over the years. For example, there are companies that move to other locations to depart from. Dayton Airport arrivals have stopped such as Southwest airlines that moved flights to Cincinnati / Northern Kentucky International Airport.