In the past it was first a Municipal Airport before it was given the name International. The airport is used for both civil and military flights. For passengers, it primarily serves the Alabama city of Birmingham and Tuscaloosa.

On the busiest days of the year, it ensures a flawless process for more than a hundred flights. There are flights to about 40 destinations, mainly within the US. Pre-corona there were 3 million passengers who used Birmingham Shuttlesworth airport annually for BHM airport arrivals. This makes it the busiest airport in the region. With 2 runways (12,000 and 7,000 feet) the number of annual passengers can increase considerably.

The international flights were mainly seasonal to Canada, Mexico and the Bahamas. Since the pandemic, these aircraft routes have been closed. If you still want to fly to one of the international destinations, you will have to make a transfer at another airport in the US.

The very first Shuttlesworth flight arrivals were operated almost 100 years ago in 1928. There were flights with Gulf Coast Airways to destinations such as New Orleans and Atlanta. Delta began flights to Dallas Love Field a year later. American Airlines also wanted to offer flights, but Birmingham Shuttlesworth could not ensure that the large aircraft could land on the then runway. As a result, extensions were ad later to make this possible.

There was a grand opening in 1931 with a new terminal to allow more flights and passengers to use the airport. This provided the opportunity to create a second runway.

During the Second World War, the airport was used by the Army Air Forces. Mainly the paving and taxiways were expanded, but a control tower was also added to ensure everything runs smoothly. After the war, the entire airport was again expanded. The Birmingham Shuttlesworth arrivals also increased again as a result.

There are BHM arrivals in 1 terminal. This is subdivided into 3 different Concourses (A, B, and C). For a departure, your journey starts at the upper level for ticketing. The lower level services the baggage claim area. Concourses A and B were recently completely modernized in 2013. After the new opening, Concourse C was completely renovated and opened for Birmingham Shuttlesworth airport arrivals a year later. 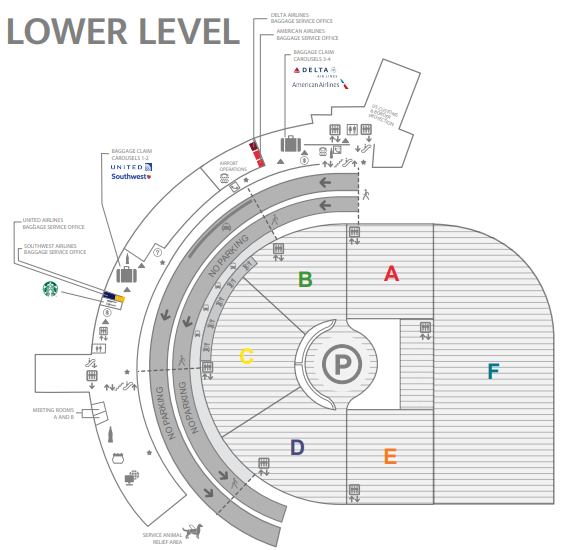 The airlines Southwest, Delta, PSA, Mesa and Envoy offer most BHM arrivals. The main route goes to Atlanta, Georgia. Flights from Atlanta Hartsfield–Jackson International (ATL) to Shuttlesworth Airport are mostly operated by Delta. If you don’t have a direct flight within the US or internationally to your destination, in many cases you will fly to Atlanta for a stopover. Other busy flight routes are to: