The airport is operated by the City of Austin. They are also the owner. It is one of the fastest growing airports in the country. It is an important enterprise for the central area in the state of Texas. Tens of thousands of people work there. It has grown to 17 million passengers per year with mainly domestic but also some international plane routes. Most flights are operated by Southwest, American, and Delta Air Lines. The ABIA departures start at one of the two available terminals, mainly Barbara Jordan Terminal. They then take off via one of the two runways. The airport covers a 4,242 acres of land.

In the late 1920’s, consideration was given to installing an airport. A location came up a few miles from downtown Austin. This became the Rober Mueller Municipal Airport from the beginning. The name was due to a former city council member. The airport gradually became too small for the increasing demand for flights.

There was also a military airport that has been built there since the Second World War. However, Bergstrom Air Force Base would shut down in the 1990’s. This was a perfect moment because several proposals had already been made by the local government, which were all rejected. The construction of the new airport should be on the old army base. The final construction of the new airport, which is now Austin Bergstrom Airport, was completed in 1999. It also took over all flights from Rober Mueller airport that year. Where it started with 1 runway and 1 terminal, 1 of each was added years later. In the first year, 6 million passengers used the airport, which has grown to 17 million in 2019. 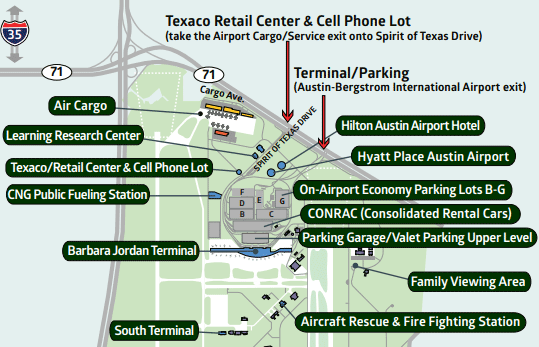 Austin-Bergstrom International Airport (ABIA), located southeast of the city Austin and is only a few miles away.

There are many ways to get to the center of the city. There are AUS departures by Metro or by bus. Prefer not to use public transport? Then you can of course also travel with the taxi, limousine or shuttle service. A cheaper option is to have AUS airport departures with ride-shares like Uber, Wingz or Lyft. There are numerous companies to rent a car. In addition to the most famous such as Hertz and National, you can also have Bergstrom airport departures by car from Fox, E-Z Rent a Car, Avantage Rent A Car and Dollar Car Rental. 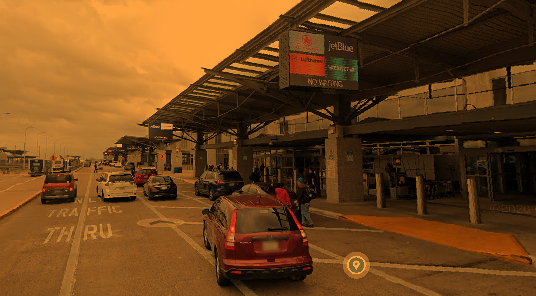 It is useful to know from which terminal your flight is departing. Namely, there are Austin Bergstrom departures from the South Terminal which is largely used by Frontier Airlines and Allegiant Air for low-cost flights. There is a shuttle service from one terminal to the other, but you can make it easier for yourself if you have a good preparation. However, most Austin departures are from North Barbara Jordan Terminal. There are 2 runways available for Austin airport flight departures that can both be used with a departure from both terminals. 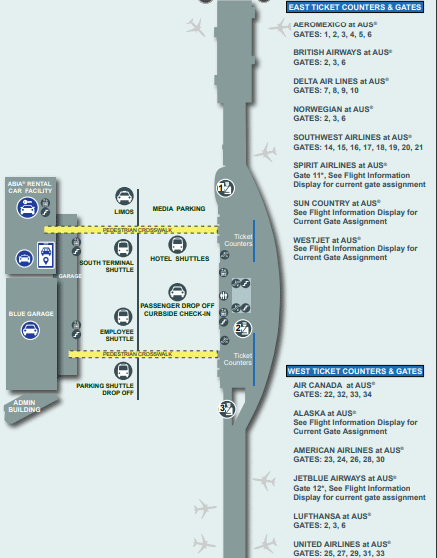 Until the corona struck the airport experienced enormous growth in Austin flight departures. In the last 20 years, the number of passengers has doubled to more than 17 million in 2019. It will undoubtedly take several years before this can be equaled again.

Many Austin Airport departures are currently operated by Southwest Airlines with a 34% share, followed by American Airlines (21%), Delta Air Lines (13%), United Airlines (10%) and Spirit Airlines (5%). Most Austin Bergstrom Airport departures go to Dallas-Fort Worth with the American company with Denver in Colorado just behind it. There are not many international flights. There are some ABIA flight departures to Toronto and London. However, there are some more international options when traveling south to Central America and the Caribbean:

Other routes besides the top busiest ones: