This is one of 6 different airports in London that can be used for commercial flights. It ranks as the 4th busiest airport in the city and is especially popular for low cost airline travel to holiday destinations. All flights are via the only 2162 meter long runway. Carriers such as Easyjet, Ryanaur and Wizz Air fly millions of people to their destinations and back every year.

The above airplane routes are the busiest during the winter. There are far more possibilities but these offer 20 flights or more a week. During the summer season, but also just before and after, many more holiday destinations are added. Airlines such as Easyjet, Ryanair, SunExpress, TUI Airways and Wizz Air offer flights throughout the year, but also many seasonal flights. Most of these go to the south of Europe such as Spain, Italy, Greece and Turkey.

The airport was opened just before the second world war. There weren’t many London Luton airport departures before the war came. The Royal Air Force took over the airport during the war. It took a few more years before the airport was restarted with flights. A flying school was established and the first Luton departures were a fact again after 7 years. The package holidays became a real hype that has never gone away. Luton Airport also played a major role in this by having many of these trips depart from Luton. It made a lot of money, but it also had to be expanded. After a few renovations, however, it remained stable instead of continuing to grow. This lasted until the 90’s when Easyjet also decided to carry out Luton Airport departures. A new terminal was built a few years later and the passenger numbers once again rose sharply. From just 2 million in 1995 pre-Easyjet to more than 18 million in the year 2019. The pandemic has reduced it to 6 million.

From the centre of London it is 50-70 minutes by car. The easiest is the M25 and then travel far to Luton airport via the M1. Once you have arrived, you can park at Mid Stay or Long Stay. Mid Stay is a 10 minute walk. The Long Stay is 10 minutes by free shuttle bus. If you only want to drop off a passenger, you can do that for free at Mid Stay for 15 minutes. Then the person has to walk for another 10 minutes. At Long stay you can park for free for up to an hour, but then you have to take a shuttle bus. You can also stand at a special Drop-off and Pick-up point. This is a 5 minute walk however it costs 5 pounds for 10 minutes.

There are four parking locations. The nearest is Car Park 1, which is no more than a 5-minute walk away. It can be even faster if you choose the Priority Parking Meet & Greet option in this garage to have the car parked by someone else. Car Park 2 is next to it. It offers similar facilities and prices. If you want to park a little cheaper, you can opt for Mid Stay. This is a 10 minute walk away. A little further but cheaper is Long Stay. A free shuttle bus service is offered for this location. There are departures approximately every 20 minutes and you will arrive at the terminal after 10 minutes. You can simply park at all locations without making a reservation. However, if you book online, you pay a much lower price. 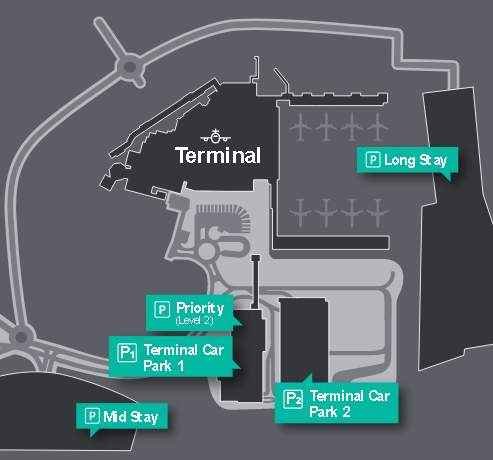 Once you have arrived at the airport, walk into the terminal. You can check in on the right. Then you go through security control to the Luton flight departures lounge airside. Keep in mind that there is a walking distance to the gates most far away of 15 minutes. In the departures area are several shops and restaurants before you get to the gates. 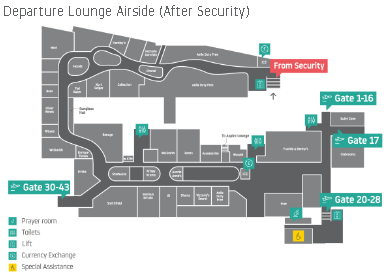 London Luton Airport departures run from the only runway which is 2,162 meters (7,087 ft). Most LTN departures are from:

These low-cost airlines fly the often to Tel Aviv, followed by Barcelona and Malaga. There are 136 thousand Luton departures annually to transport the more than 16 million passengers.

Stay in a hotel if you want to stay close to the airport. Especially useful if you have an early departure and you come from the city of London or the surrounding area. Some options for accommodation: