London Luton Airport is located northwest of the city of London. It is one of the six airports that London has. Traveling by car or taxi takes about an hour and by bus or train / bus combination. 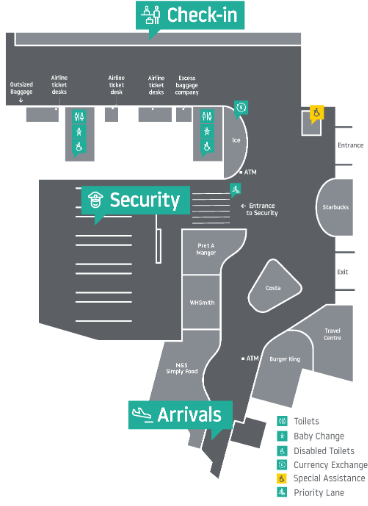 There are a total of 142 thousand London Luton arrivals. Much use is made by budget airlines to transport the millions of passengers annually. In 2019 there were 18,216,207 passengers with Luton airport arrivals. This has been made possible by the recent renewal. It shot from 10 million in 2014 to 18 million in 2019. This will of course be lower in 2020 due to corona.

The increase in London Luton Airport arrivals has been made partly responsible by Blue Air, Easyjet, El Al, Ryanair, SunExpress, TUI Airways and Wizz Air. Most LTN arrivals are from Amsterdam Schiphol Airport. In total, more than 800 thousand passengers used this route. The airline Wizz Air also has many Luton arrivals with destinations in the top 10 such as Bucharest, Budapest, Warsaw and Katowice.