There are still London Heathrow arrivals so the airport operates and is open for travelers. This is originally known as the London Airport and currently called the London Heathrow. The status of the Heathrow flights arrivals is always updated on this website. Minute-by-minute, you will find updated information about your flight of today. You may check out the details below for more information on the airport.

It is one of six airports located in or around the city of London and one of the busiest airports in the world. This is mainly due to international air traffic. It is a major hub for flights to or from the US and it has been around since 1929 when the first Heathrow arrivals took place. Since then it has grown to become the busiest airport in Europe. On the 12.27 sq km are 2 runways, 5 passenger terminals, and many outbuildings, parking garages etc. The main airline at the airport is British Airways but also Virgin Atlantic.

Heathrow Airport is located at Longford TW6, United Kingdom. This is 14 miles west of London, UK, which is the main hub for British Airways. It is also the center of the operating base for Virgin Atlantic. 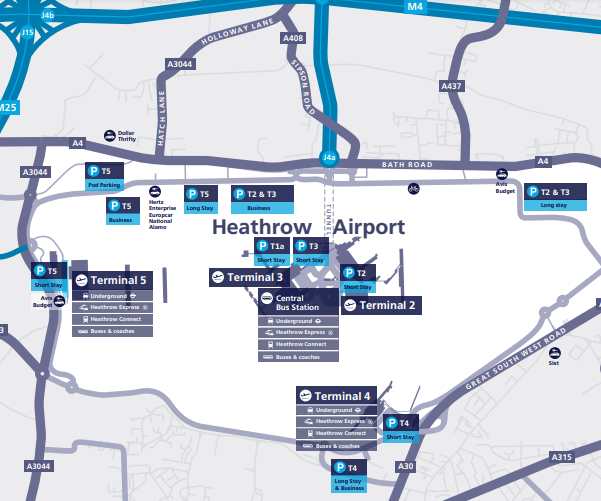 Fly safe and arrive safely at Heathrow Airport! In getting to the airport, there are many Heathrow arrivals by car, taxi, minicab, bus, coach, or by train.

If you use a taxi to get there, there is only  about 30-60 minutes of travel time. You can plan ahead of time for your convenience in choosing the transportation that suits you. if you drive the black taxi you can take into account that you pay at least £52 (maximum £97) to Central London. This falls under Tariff 1 which falls between 5 am and 8 pm. After 8 pm there is a small increase until 10 pm which is Tariff 2. Tariff 3 is applied from 10 pm to 5 am. There is an extra charge that starts from the taxi rank or for a drop off at the special drop off zone. You can also choose to take a Private Hire such as WeKnow or Minicabit. WeKnow gives a fixed rate and has a service desk in the arrivals terminal. Minicabit compares many providers that you can travel with.

Transfer to city by public transport:

If you want to park the car at the airport, you must first determine from which terminal you are departing. You can do that here: Which Terminal Do I Leave?. You can park Short Stay at every terminal. This is a good way to pick up passengers or for a few days. You can also go to the airport for a long stay. Each terminal has its own location. This is the cheapest way to park your car. After parking you will be taken to the terminal with a free shuttle bus. Other options are Business Parking, Meet & Greet and Valet Parking.

Another option is to stay in a hotel and leave the car there. For this option, see the Hotels section at the bottom of the page.

There is already an approved third runway for London Heathrow arrivals. However, due to COVID-19 restrictions, the number of passengers decreased, and they have decided to use single runway operations. This single runway will provide better health securities so as not to increase the COVID-19 cases.

Forgot your money after LHR arrivals? Some of the terminal facilities available at Heathrow Airport are the numerous ATM machines where you can easily access your bank account. In terms of food services, you will find lots of choices there. Restaurants, fast foods, bars, coffee shops, and the likes are common in the airport. If you wish to go shopping, you can have it as well. There are various shops in the terminal, such as duty-free outlets, electrical shops, and even boutiques. 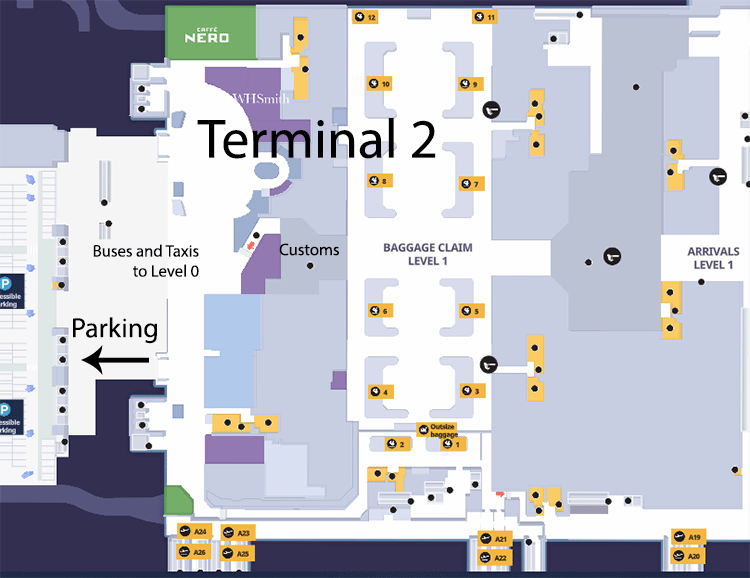 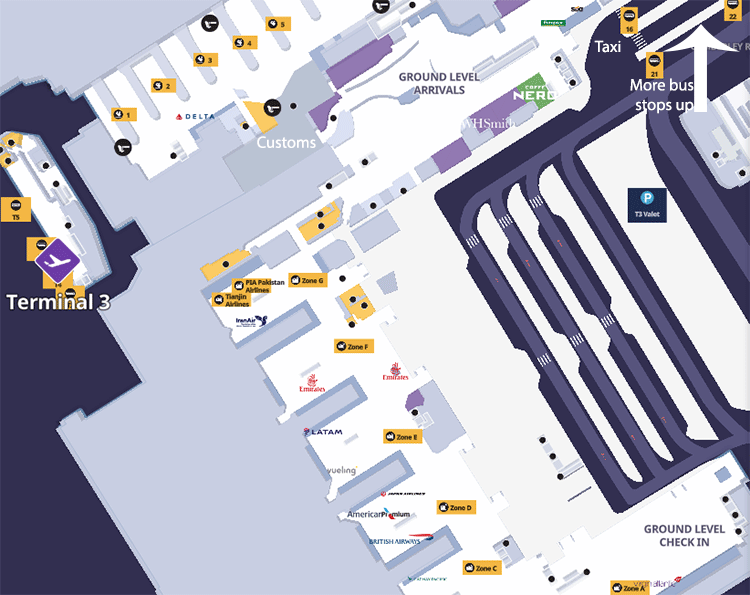 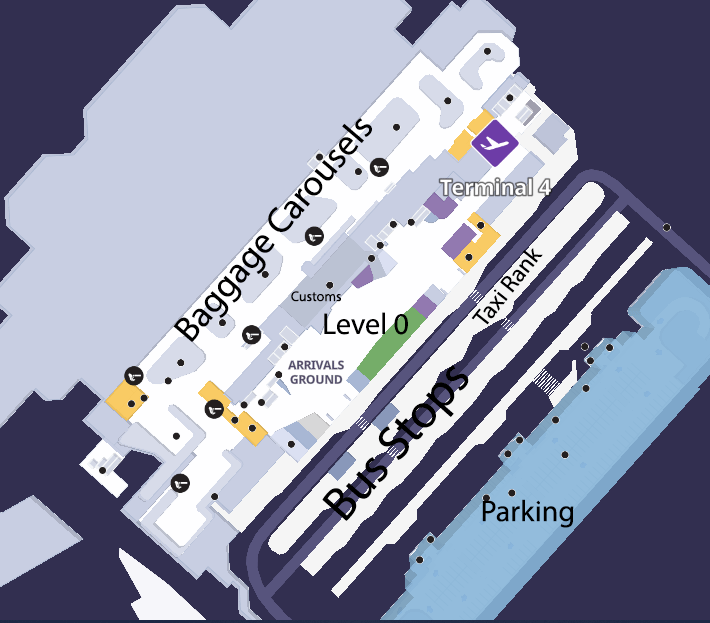 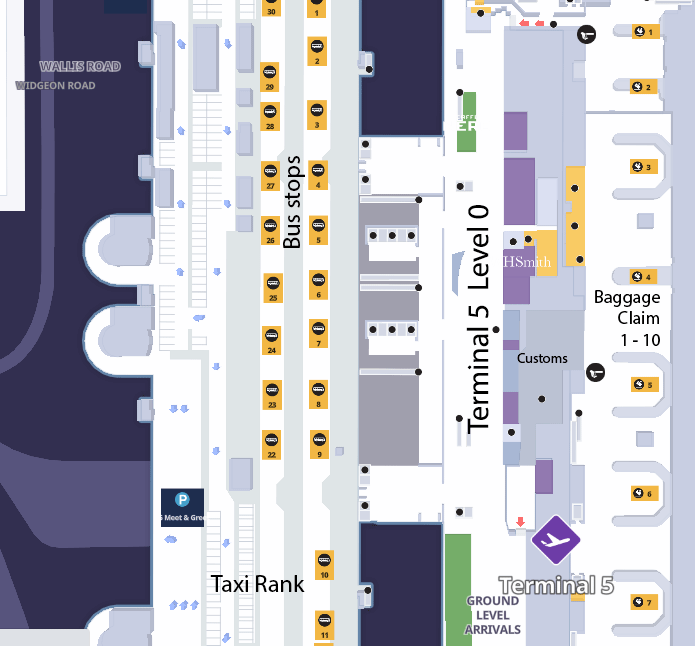 Many different airlines have Heathrow airport flight arrivals. British Airways and Virgin Atlantic have by far the most destinations that they fly to. Other frequently seen airlines are:

There are many direct flights are available from London Heathrow (LHR). Flying domestically most flight go to Scotland with the destinations Edinburgh, Glasgow and Aberdeen. Other popular routes with many Heathrow airport flight arrivals are:

Most of these flights are flown by British Airways (BA).

Most flights go internationally. One of the top destinations is in the US, New York JFK Airport. On average more than 3 million passengers use this route. All these Heathrow flight arrivals are being processed with the airlines British Airways, Virgin Atlantic, Delta Air Lines and American Airlines. Other top international destinations:

Many of the flights go over the Atlantic. Routes will go to

Heathrow offers you choices on the lowest price of their LHR flight arrivals. There is an economy, premium economy, business, and first-class. There is also a round trip available or just a one-way. Prices also vary depending on the number of travelers.

For more information, visit their site at www.heathrow.com. Here, you will learn more about the company, especially about the Heathrow arrivals in their airport. You will be guided on their offered services and other relevant information. It is always an advantage if you will familiarize yourself first with the places and their services before getting there.

Hilton Hotel Heathrow Airport T4: at terminal 4 within walking distance. Nevertheless, you can of course also just sleep here if you depart from another terminal. You only park the car overnight at the hotel and then park at a short term, meet & greet or long term. All this, of course, at an affordable deal. Other options: