London City Airport is a major international airport in London, England. It is in the Royal Docks, in the London Borough of Newham, about 7 miles (11 kilometers) east of the City of London and a little further east of Canary Wharf. These are the twin major sources of London’s finance sector, which is a big airport customer.

The airport was built in 1986–87 by the architecture firm Mowlem to have its first London City arrivals. The runway at London City Airport is 1,508 meters (4,948 feet) long, and it has a CAA Public Use Aerodrome Licence that allows flights for passenger transportation or flight training.

Among the airlines with London City flight arrivals are the following:

When seeing the destinations most LCY airport arrivals are from:

The airport’s passenger terminal first opened its doors in 1987 for London City airport arrivals. Check-in, ticket desks, security, a departure lounge and LCY arrivals pier, gate areas, domestic and international baggage reclaim areas, immigration, and customs, restaurants, a business center, and food outlets are all available. A larger passenger search area and more room in the departure lounge are among the improvements to the terminal. 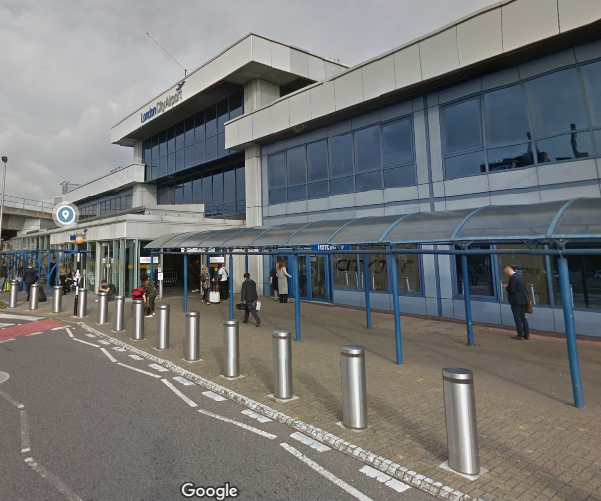 The departure lounge, which is situated on the first floor, can accommodate 326 passengers. Baggage reclaims area, immigration services, and accommodations for control authorities and handling officers are all located on the west side of the terminal building for London City arrivals. On the ground level, two gate lounges can handle 50 passengers each. In contrast to other airports, the terminal’s compact structure makes for faster check-in and boarding times.

Other facilities you might want to use are a ATM, dining, information desk, internet access, left luggage service, post box, smoking areas, restrooms, and baby changing facilities which are all available at the airport.

There is only one runway at London City Airport, and it is 1,500 meters long and made of concrete for all London City flight arrivals. The runway will accommodate planes as large as a BAe 146 regional jet.

The airport’s ground transportation system includes a DLR station and connection, a road link, bus pick-up, and drop-off areas, a taxi rank, and car rental services for LCY airport arrivals. The terminal is linked to the DLR station by an enclosed walkway. The light rail runs at eight- to fifteen-minute intervals.

The London Transport Authority runs bus services to and from the airport. The terminal has bus pick-up and drop-off points in front of it which is easy accessible after London City airport arrivals. Passengers may also book a shuttle bus or an executive ride-sharing service between the airport and Central London. In front of the airport, there is a taxi rank and car rental facilities.