The airport is located between Leeds and Bradford. It is located in the town of Yeadon. This is in the West Yorkshire district. The airport is mainly used by the airlines Jet2 and Ryanair with most flights to Amsterdam Schiphol Airport. There is 1 terminal and also 1 runway present to ensure that everything runs smoothly.

The first Leeds Bradford airport arrivals took place in 1931. A few years later, flights to London, Newcastle and Edinburgh were expanded. Not much later, more destinations in the region were added. Civil aviation ceased during the Second World War. At that time it was only used for military aircraft. After the war, passenger flights resumed. In the 1970’s there was a new hype. A package holiday became popular and many flights were flown to Spain. Due to the increase in Leeds Bradford arrivals, the airport had to be expanded and renovated. The runway was extended and the terminal was enlarged and redeveloped. After all that was finished, the first Transatlantic flight arrived not much later. This one went from Leeds Bradford airport to Toronto with a Boeing 747. Since the 90’s, the airport has been continuously renovating. This has led to it growing from 1 to 4 million passengers per year.

There is 1 terminal at the airport. When you arrive at the terminal and walk into it, there are two options for checking in. You have check-in hall B (Jet2) and check-in hall A. After checking in and dropping off your luggage, you walk to security. When you pass through this you will enter the Leeds Bradford departures hall. There are two air bridges, both on their own floor. A total of 24 aircraft can be parked. In the departures hall are several shops and options for something to eat or drink. Some lounges are also available. 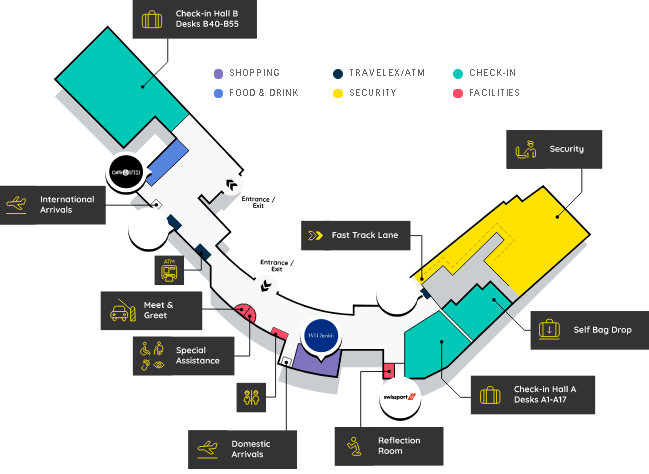 Leeds Airport has been growing since 1997. Flight movements have increased to 35-40 thousand and the number of LBA arrivals is around 4 million passengers. Leeds Bradford Airport has 1 runway of 2,250 meters (7,382 ft) to process all the flights. 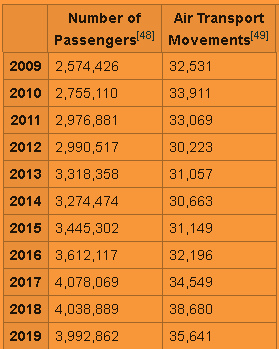