Prestwick Airport is located 46 km south-east of the city Glasgow. The airport is exclusively in use by charter and budget airlines (Ryanair, Transavia and WizzAir). It is the second airport in the city after Glasgow International Airport. However, it only comes in at 5th busiest airports in the country. However, it is a large airport. There is 1 terminal and 2 runways available for all departures.

The airport started in the 1920’s with a runway without many facilities. This was started by members of the Glasgow Auxiliary Air Force Squadron. Easterly facilities came slowly. The airport was taken over during the Second World War. It was temporarily used as a military base by the Royal Air Force during the war. Passenger flights did not start again until 1946. There were even transatlantic flights to New York. It seems that even Elvis Presley has been to the airport. That’s why a bar in the terminal is named after it. In the 1960s and 1970s, a new terminal building, control tower, was built and the runway was extended. During an airshow, the famous Concorde plane also arrived with a departure. It would eventually become a training facility for pilots.

In the year 1994 the Irish low cost airlines Ryanair started with the first flights to Dublin, London Stansted and Paris Beauvais. In the year 2001, it passed the mark of 1 million passengers per year. This grew to 2,421,000 in the year 2007. Since then, Ryanair decided to move more and more flights to the other airport in Glasgow. 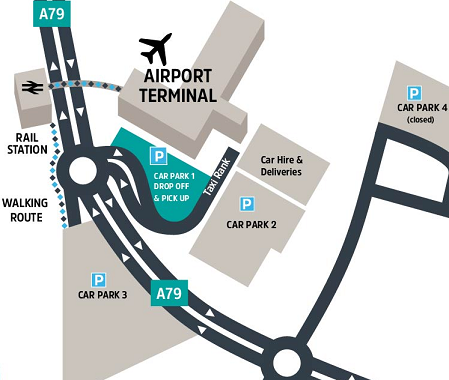 Currently, the terminal has a capacity to carry 2.5 million passengers annually. This could even be effectively expanded to 10 million. However, the Prestwick Airport departures are decreasing every year. The highest point in 2007 was 2,421,000 visitors to 2019 with only 640,455 Glasgow Prestwick passenger departures. 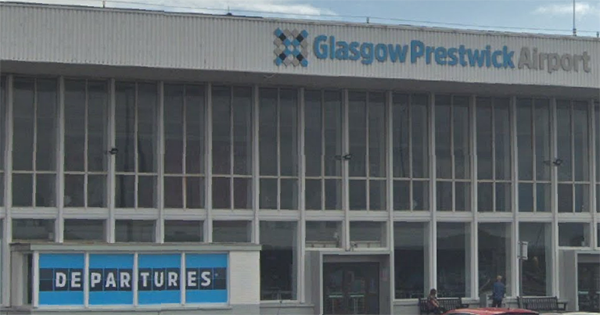 The airport offers many Glasgow Prestwick departures for holidaymakers. Many flights go to the south of Europe and especially Spain. These are also largely seasonal flights and are mostly operated by Ryanair. There are also some scheduled flights. For example, there are PIK airport departures with Air France that go to Paris CDG airport.

It may be convenient to stay in a hotel near Pretwick Airport. There are not many options, but you can spend the night in one of the following places: