The airport is not large but fully equipped. It mainly operates flights to the east of Europe and holiday flights to the south. There are Duty Free shopping options at the airport in the terminal and you can eat or drink something in the arrivals hall as well as in the area after security. There is also a premium lounge.

Its history goes back more than a hundred years. It started with Finningley airport in the year 1915. It was used directly during the war to intercept Zeppelins. It was also used by the army during the Second World War. Later it was also used in the cold war. Only in 2005 was the airport used for low budget airlines to holiday destinations and flights to the east of Europe. It was then called that time with the opening Robin Hood Airport. The first Sheffield came from Palma de Mallorca in Spain. The airport grew rapidly in passenger numbers. Two years later, there were already more than 2 million annual passengers. Long-haul flights were even added to destinations on the other side of the Atlantic. There were escape routes to Cancun, Ontario and Puerto Plata, among others. With different owners over the years and the disappearance and return of airlines, passenger statistics have fluctuated.

You can easily have friends drop you off at the airport. There are two good options for that. You have the Express Drop-off and the Short Stay pick-up. The Express Drop-off is right in front of the terminal. Ideal if you don’t have time or if you have difficulty walking. This costs 4 pounds and you can stand up to 10 minutes. You can also stand a little further at Short Stay Pick-up. You can park here for free for 15 minutes. You do have to walk a few minutes to the terminal. If you park longer than 15 minutes you will have to pay. You can also park at Long-Stay if you want to park a little longer. This is the cheapest option and about a 5 minute walk.

The airport can be reached by car from different directions. Travel via the A1 if you are coming from the north or south. Another option is to take the M18. Coming from the west it is best if you take the M62. For travelers from the east, the M180 is a good option. 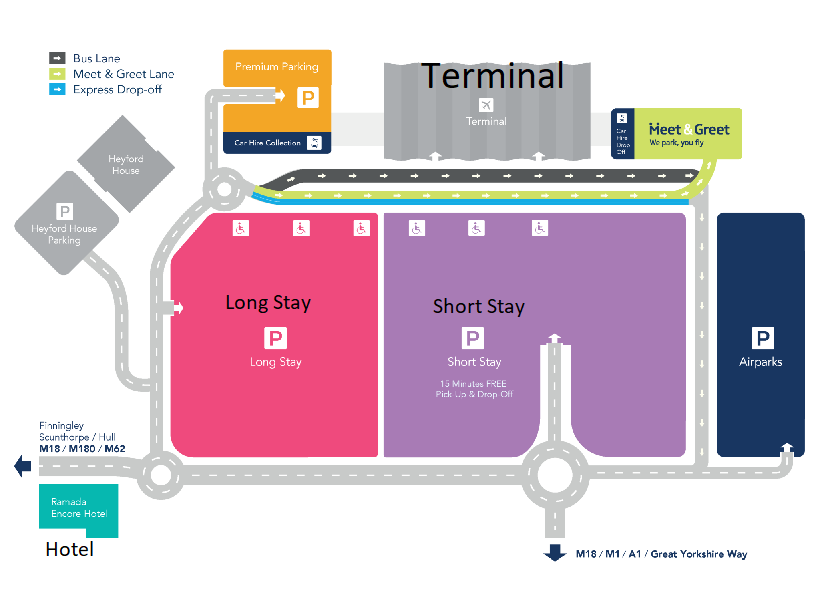 Travel easily to or from the airport by taxi. After Doncaster Sheffield arrivals you will see a service desk in the terminal. There is an exclusive pick up point outside the terminal. The prices of the taxi are fixed so that you know what you are paying.

You can also travel by public transport. Travel easily by train to major cities nearby. Even London is a possibility in 1.5 hours. Other cities closer by are Sheffield, Newcastle, Hull and Leeds. For Doncaster you will have to travel by bus. Then watch out for bus lines 57A and 57C that travel to/from Doncaster Interchange.

There is a single runway for all Doncaster Sheffield arrivals. It is 2,900 meters long and 60 meters wide. There is also a hotel a few minutes walk from the airport. This is the Ramada Encore hotel. There are also several car parks. 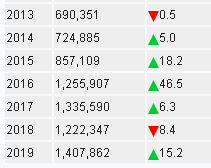 Many of the flights to western and southern Europe are operated by TUI Airways. The fact that the largest group of passengers fly to the east of Europe is due to the wide range of Wizz Air. Many Doncaster arrivals ar coming from Polish with this low-fare airline. Doncaster Airport arrivals from Bucharest is the most popular with around 100,000 passengers per year. Not far behind in number are the Polish cities. There are also many Doncaster airport flight times to Spanish cities like Alicante, Tenerife-South, Lanzarote and Palma de Mallorca.