This is the main airport in the region for transporting people to and from the city in the United Arab Emirates. It is one of the busiest airports in the world for the transport of passengers as well as cargo. It is known for the many uses of the Airbus A380 that can often be seen there. The airline Emirates is the main carrier of the airport, often serving Dubai as a final destination, but also as a hub airport to Europe or Asia.

We go back more than 80 years for the first Dubai arrivals. However, this was not on the mainland but on the water with a flying boat base. The current airport was only opened in 1960 by order of the sheikh Rashid bin Saeed Al Maktoum. There was already a fairly long runway for that time of 1800 meters long (although made of sand at that time). A few years later, a 2800 meter long runway was made of asphalt. In the 1960s and 1970s, many improvements were made to the airport in the landing system and new terminals. As a result, more and more flight routes were added and increasingly larger aircraft could land and come from faraway destinations.

Dubai International Airport logs northwest 10 miles from Downtown. It is 20-30 minutes by car or taxi. The taxi will charge about 80 AED which is about 20 USD. You can also take the bus or metro to Dubai Airport. Depending on your DXB arrivals, it will be determined which terminal you will be. A free shuttle bus is also available between the terminals.

Terminals for all Dubai arrivals

There are 3 terminals in total to process all those millions of people to transport them to almost every place in the world. 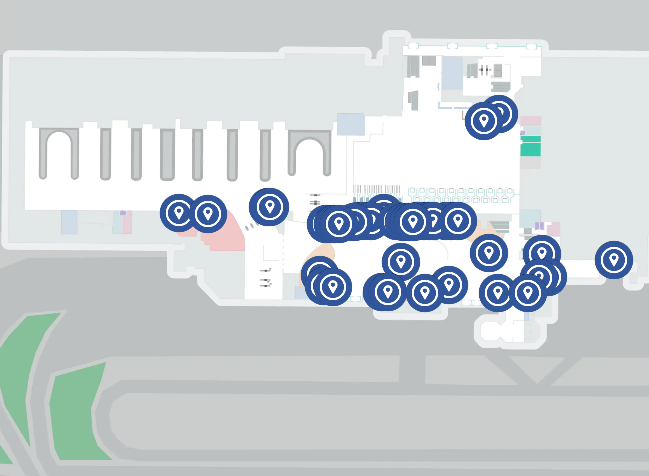 Despite being one of the largest airports in the world, there are only 2 runways of 13,110 and 14,600 feet respectively. All DXB airport arrivals take place here. Due mainly to the growth of Emirates and the development of Dubai itself, the airport has grown enormously in the last 30 years. From 4 million in 1990 to 86 million in 2019, with 420 thousand flights a year and it keeps increasing the Dubai flight arrivals.

Most Dubai Airport arrivals are operated by Emirates which has routes to many destinations around the world. Many airlines besides Emirates also fly to this world city. Some of these include:

There are many Dubai flight arrivals from all over the world. It is an important hub that connects with Europe and Asia, but also often Africa and Oceania. Some of the busiest routes: