Sabiha Gökçen International Airport is one of the three airports located in the city of Istanbul, Turkey. It is located on the Asian side of the city and was built because the airport on the European side (Atatürk International Airport) was no longer big enough to connect to  the many Istanbul departures. There is a new Istanbul Airport on the European side as well.

It is named after Sabiha Gökçen in honor of the world’s first female fighter pilot, the adopted daughter of Mustafa Kemal Atatürk.

Sabiha Gökçen Airport is located 32 km southeast of the center of Istanbul. It is located in the Asian part of bicontinental Istanbul and is the hub of operations for Pegasus Airlines and AnadoluJet. It is also a secondary base of Turkish Airlines who offer also many Sabiha airport departures.

The airport opened in January 2001 for Sabiha Gökçen airport departures. In 2007, the GMR group of India, the Turkish conglomerate Limak Holding, and the Malaysia Airport Holding Berhad consortium were awarded the contract to maintain and improve the airport facilities.

In 2008, the modernization project of the international terminal began to be able to connect a more significant number of Istanbul airport SAW departures and to be able to handle 25 million passengers per year. This new terminal was inaugurated in October 2009.

In September 2010, the airport received the award as the best airport globally at the World Congress of Low-Cost Airlines held in London. By 2019 the airport already handled around 35 million passengers so it kept increasing the SAW flight departures.

Istanbul Sabiha Gökçen International Airport is located in Pendik / Kurtköy, it is 40 km from Kurtköy, 12 km from Pendik and 50 km from taksim.

This airport is connected to the city of Istanbul through many transport options such as:

The domestic terminal is 2,000 square meters. It has an intermediate level with luggage services and access to passengers’ Sabiha Gökçen airport departures and arrival hall. It offers you a cafeteria, offices, warehouses and much more.

The international terminal covers 20,000 square meters, of which 4,000 square meters are on the upper level, and 16,000 square meters belong to the ground level. It has VIP lounges, CIP, Duty-free shops, bars, cafes, restaurants, pubs, post offices, banks, car rental, and shops which are available when having Istanbul Sabiha Gökçen departures. 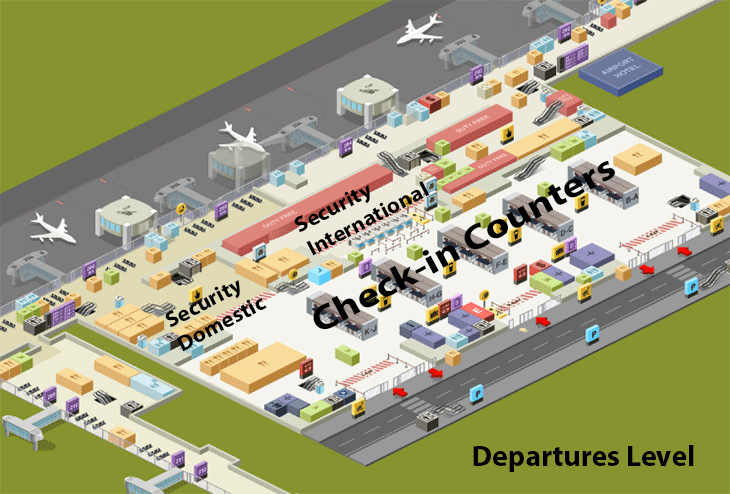 The following airlines operate on scheduled and charter flights to and from Istanbul Sabiha Gökçen International Airport:

The destinations available from this airport with Sabiha Gökçen flight departures are: