The airport is located north of the city of Bangkok. It is easily accessible by car or public transport. It serves the city of Bangkok in addition to the other airport Suvarnabhumi Airport. In addition, it is also often used as a hub to the smaller airports in Thailand. There are airlines such as Nok Air, Thai Lion Air, and AirAsia that carry out the most Don Mueang arrivals. The last ten years has seen growth in passengers resulting in more than 40 million per year. To realize this, 2 runways and 3 terminals are used. 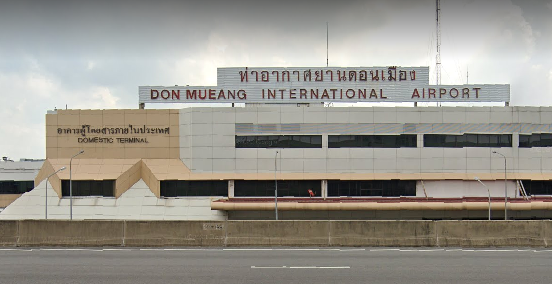 In the last century, Bangkok’s Don Mueang airport was the second airport to be built in Thailand. The first Don Mueng flight arrivals were in 1914. At that time, the airport was not yet open to the public. That lasted until 1924. It had to endure several wars and is often used by the Air Forces of the US and Thailand itself. At the beginning of this century it was decided to build a new airport near Bangkok. This resulted in an opening in 2006 whereby Don Mueang airport was temporarily closed and Suvarnabhumi Airport took over all flights. This allowed a major renovation to take place, after which it reopened for domestic arrivals six months later.

You still have to travel a bit before you arrive in the center from the airport. The airport is about 20 miles away. Transport from Bangkok Don Mueang airport to the city is possible in several ways. Don Mueng arrivals by taxi is most convenient. By taxi it will take you about 30-40 minutes to the center of Bangkok. This costs about 800-1000 Baht. Transport to central Bangkok by train and bus is also available. It will take you about twice as long. You can buy a ticket for the bus on the spot. You can also drive to the city with the more luxurious Khao San Limo Bus. There are Bangkok Don Mueang Airport arrivals every hour on this bus. You can also travel to the center by train. The train station is located directly at the airport.

Bangkok’s old airport has many amenities. During the renovation, the airport received many extra facilities. The airport has 2 terminals. Terminal 1 is used for international Don Mueng flight arrivals and terminal 2 for national flights. Bangkok Don Mueang airport is the old airport of Bangkok that is mainly used for domestic flights and low-cost airlines. 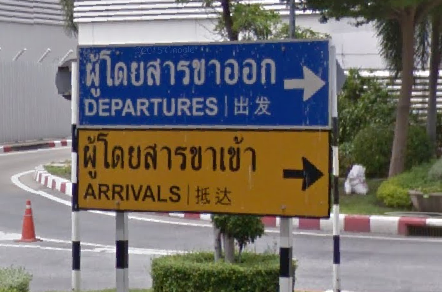 There are 2 runways for all Bangkok DMK arrivals. Both are long enough (3,500 and 3,700) to land large planes. There were no fewer than 41,313,439 passengers at Don Mueang Airport in 2019, a growth of 38 million compared to 10 years ago. It is therefore not surprising that the terminals had to be expanded during these years. There are still works to open a new terminal for more capacity.

Most Don Mueng arrivals are domestic with the main destinations being Chiang Mai, Phuket and Hat Yai. Since this airport is mainly for low cost airlines, the international flights are largely regional. It is therefore not surprising that the top 10 destinations are all from Asia. Most Bangkok DMK arrivals are operated by Scoot, AirAsia, Thai Lion Air and Malinda Air.