The airport in Manises is west of the city of Valencia. It is in the region of Alicante, which is another popular holiday destination. There are quite some flights year round but in the summer there is a big increase by people who want to enjoy a holiday during that period. The airline carriers Ryanair, Vueling and Iberia offer the most flights. Valencia Airport has one runway and a single terminal. The city center can be easily reached by metro, bus and taxi.

Valencia Airport is located west of the city and is fastest accessible via the A-3 motorway (Autovia del Este) and the V-11. If you are coming from the north or south of Spain, it is best to choose the A-7 or AP-7 motorway, so you avoid the crowds in the city.

The airport has a well-organized terminal, the Valencia arrivals hall is on the ground floor (Floor 0), the departure hall is located on the first floor (Floor 1). You will also  will find check-in desks 1 to 42 on the right, check-in desks 43 to 63 on the left and the security check (control de seguridad) in the middle. After the security check you will reach gates 1 to 22 via ‘zona comercial’. Valencia metro station is located under the terminal on floor -1, accessible by escalator, stairs and elevator. 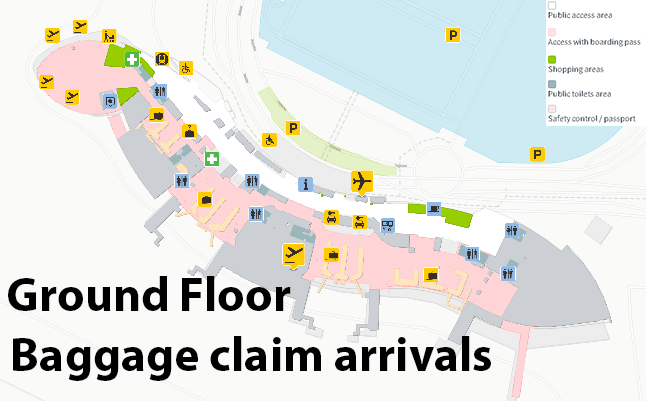 The airport is a base for Ryanair. It is therefore not surprising that most VLC arrivals are from that company. Many of these flights go to Italia, Spain, UK, Poland and France. Other airlines with Valencia flight arrivals are with the national airlines Air Europa and Iberia. Some other options:

Many of the destinations are in Spain itself or to the north of Europe. The domestic Valencia arrivals come from the following cities:

There are also many seasonal flights to this city that is interesting for many tourists as a city trip. For that, many people will consider Valencia airport arrivals from