The terminal of Tenerife airport consists of 1 building. There are several floors. On Floor 0, the journey can start with the check-in counters. There are also various service desks for airlines and information. There are counters on both the right and left side of the security. Once through security, you will arrive at the various boarding gates. This is also where planes arrive. In addition to the baggage claim are on this floor, there are a few more on a floor lower in the building (Floor -1). Floor 1 is mainly used for office space. 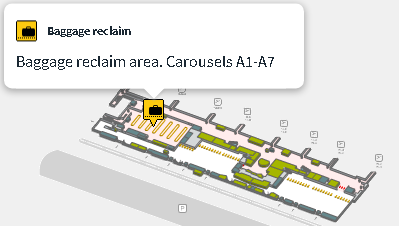 The main routes go to the UK with Manchester Airport and London Gatwick far at the top. Other  Tenerife flight arrivals are from:

Easyjet, Ryanair, TUI Airways, Air Europa, Jet2 and British Airways are responsible for the large number of Tenerife arrivals from the UK.