Santander Airport is close to the city center. Just like the city itself, it is located on the water, which gives beautiful images when you experience Santander airport departures. The airport in the north has the competition of the somewhat larger Bilbao. All Santander departures are performed on 1 runway in a small-scale terminal.

The first Santander airport departures for public took place in the year 1949. However, this was at a different location than it is today. That was in La Albericia. During the same year, a small airport was built at its current location and opened in 1953. The current airport was not opened until 24 years later in the Bay of Santander. It received a major renovation with a new runway and terminal. New improvements came much later in this century. For example, the terminal was expanded, gateways to the aircraft for faster Santander departures. The platform for aircraft was also enlarged to serve as a taxiway or parking. Together with lowering the costs for the airlines to land there, this increased the number of flight routes.

Santander Airport is located just a few miles from the center of Santander. In 10 minutes you will be in Santander by car or 15 minutes by bus.

All SDR departures depart from the 7,939-foot runway. 11 thousand aircraft departures annually via this runway. In total, 1,174 thousand people were transported last year.

Most Santander departures are operated by Ryanair. The Spanish Iberia, Volotea and Vueling are also much to see. Wizz Air offers flights to the east of Europe. This all happens through the terminal where all Santander flight departures are handled. Check-in takes place on Floor 0. You can then walk to all gates through security. Gates 1 to 5 are also on this floor. Gates 6 and 7 are on Floor 1. The arrivals are also on Floor 0. 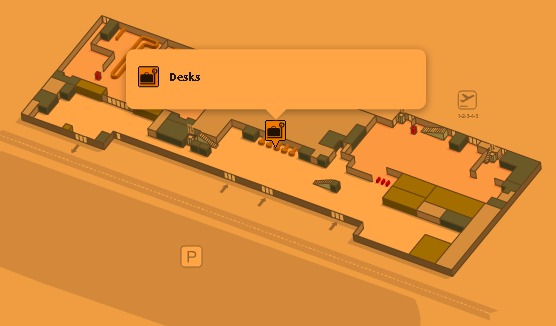 Most Santander airport departures are going to other Spanish cities like Gran Canaria, Tenerife North, Madrid, Valencia, Barcelona, Murcia, Menorca, Ibiza and Seville. When you want to fly out of the country you have to choose the airlines Wizz Air for some Polish cities like Katowice and Warsaw-Chopin but also to Bucharest. Ryanair will offer Santander flight departures to other European countries with destinations London Stansted, Manchester Airport, Marrakech, Bergamo Milan, Rome-Ciampino, Bologna, Dublin, Charleroi and Edinburgh.