Palma de Mallorca Airport (IATA abbreviation: PMI), also known as Son Sant Juan Airport, is the busiest holiday airport in Europe. In 2019, almost 30 million passengers used the airport with over 100 thousand Mallorca airport departures. It is the third largest airport in Spain, after Madrid and Barcelona. It is also known as Son Sant Joan Airport. The airport is located 5 miles east of the city of Palma.

The first Palma airport departures took place in 1921 for post flights. Flights for tourists only took place in 1935 to Madrid via Valencia. Pretty soon the airlines Lufthansa and Iberia started to carry out Palma departures. It was first located in Son Bonet and later in 1958 a new base was started which is now Palma de Mallorca Airport. International traffic only started from 1960. Due to its popularity, the airport has been continuously expanded and improved. Passenger traffic growth was the last two decades slow but steady to an 28.7 million in 2019. Because it’s a popular holiday destination and corona hit Europa there have been a big drop in Palma flight departures to European destinations. Only 6.1 million passengers for the year 2020. The domestic flights were still going although less frequent. The cancellation of many flights from Europe will hopefully start again in summer 2021.

The terminal is designed by Pere Nicolau Bover and opened in 1997. The terminal is subdivided into 4 Palma de Mallorca departures halls, called Module A, B, C and D: 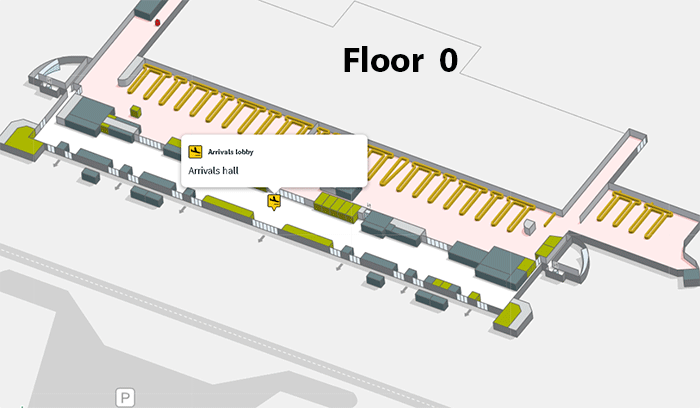 It is an airport where there are many seasonal flights due to the climate and location. The busiest routes with most Majorca departures are going to Germany. These destinations are the following:

The flights are largely operated by the carriers Lufthansa, Ryanair, Condor, Easyjet, Sundair and TUI. Other top destinations are Manchester and London-Gatwick in the UK flown by Jet2, British Airways, TUI, Easyjet and Ryanair.