The Aeropuerto de Malaga-Costa del Sol Airport (IATA abbreviation: AGP) is located about 5 miles from the city Malaga. It is well connected with all the tourist attractions of the Costa del Sol. They actually say sometimes Marbella airport departures because of its location. It is one of the oldest Spanish airports. With 1919 as its founding year and the first Malaga departures, it is closely linked to the establishment of Spain’s first airline.

Most AGP malaga airport departures go to destinations in the European Union. The busiest route is to London Gatwick Airport. Many tourists also have AGP departures to other British airports like:

Of course, those are not all routes. Most routes are European. Many Malaga airport departures also go to

Some of the popular airlines at this airport are:

There are two terminals that operate for passenger flights (Terminals 2 and 3). These are in operation since 1991 and 2010 for Malaga departures. The ground floor is for baggage claim. If you have Malaga flight departures you have to start on the second floor for check-in. The newest terminal is Terminal 3 to increase passenger numbers. For this purpose, 86 check-in desks have been installed with 20 gates for more AGP malaga airport departures. There is also a third terminal which is mainly used for cargo flights. 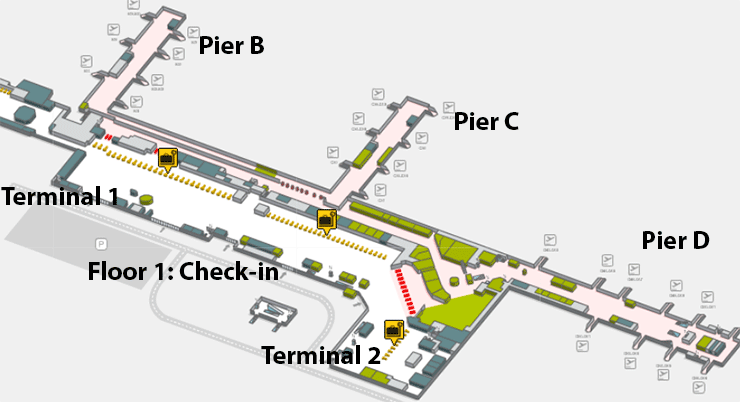 The Costa del Sol is immense popular that runs through the whole of Andalusia. The area from Algeciras to Almeria is counted as the Costa del Sol, which means that it has a length of around 400 miles. The Costa runs along no fewer than three provinces. In addition to Malaga, these are Cadiz and Granada.

The first Malaga departures took place as early as 1919. Small planes then came to the city to land and take off in the El Rompedizo area. There were even regular services to, for example, Alicante and Tangier. It was not until the 1930’s that it continued to grow with a flying school.

However, the major changes did not take place until the 1960’s. The runway was extended with a taxiway next to it. A new terminal building with control tower and parking spaces for aircraft was also built. The following years also saw more and more technological expansions. Where it was given different names over the years, it eventually became Malaga Costa del Sol Airport in 2011.

In the early 1970’s, a new terminal opened many non-scheduled flights. As the demand for flights continued to increase, a new terminal was opened in 1991, named Pablo Ruiz Picasso. What was ideal was that this terminal was linked to the older international terminal. A few years later, a new parking garage was also opened.

In the year 2002 the airport got a new control tower that was a lot more modern with the latest systems. Because the airport grew to more than ten million passengers a year, it had to be expanded. A new terminal (Terminal T3) allowed even more Malaga airport departures. With 84 check-in counters and 12 air bridges, it was expanded considerably. A new parking lot for more than 2000 vehicles was also added. The final length of the runway is 3,090 meters.