La Palma Airport is called Aeropuerto de La Palma in Spanish. The airport is located on the island of La Palma, which belongs to the Canary Islands. There are mainly two airlines that offer many flights. These are Canarfly and Binter Canarias. Most of the flight routes go to the other airports on the Canary Islands. The flights are operated from the 2,200-meter runway. There is 1 terminal that is relatively new with an opening in 2011. It has a capacity of 3 million passengers annually. That is more than enough for the average 1-1.5 passengers who now use it annually.

There are many La Palma departures through Binter Canarias, Iberia and Air Europa to other Spanish destinations. There are also European flights. The Santa Cruz de La Palma airport departures to European destinations are mainly to the North of Europe such as the Netherlands, UK, Germany and Scandinavia. These flights are operated by Condor, Easyjet, Eurowings, Tansavia and TUI Fly. There were 1,483,720 passengers at La Palma Airport in 2019 last year. In total there were more than 22 thousand La Palma departures.

Different escape routes are also operated during different seasons. Some other destinations are for example:

The La Palma airport departures are on a 2,200 meter / 7,218 feet runway. There is 1 terminal at the airport where all the Palma departures take place. The 25 check-in desks are located on the right side of the building. There are 4 baggage carousels, and 9 boarding gates. 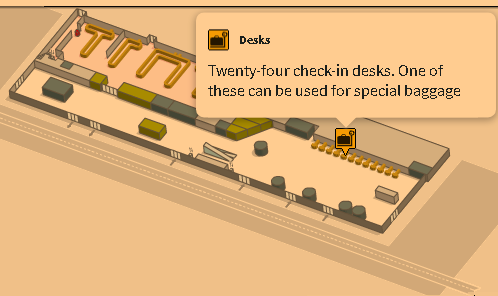