Barcelona Airport is one of the busiest airports in Europe, close to the popular holiday destination Barcelona. It consists of two terminals for domestic and international Barcelona airport arrivals. Those are connected by a free shuttle bus and the metro. Since February 27, 2019, the official name of Barcelona Airport is El Prat Josep Tarradellas Airport, as a tribute to the former president of Catalonia.

Barcelona Airport is located just southwest of Barcelona, ​​near the town of El Prat de Llobregat. The airport is easily accessible by road via the B-20 from the north and the C-32 from the south. The location of the airport is around 9 miles (15 km) away from Plaça de Catalunya which is the center of Barcelona. It’s a drive of 25 minutes by car but after BCN airport arrivals there are other options to arrive in the center as well.

Travel by bus after Barcelona arrivals to the center.

Barcelona arrivals at the terminals

The airport consists of Terminal 1 and Terminal 2 (A, B, C). The terminals some kilometers apart. A shuttle bus runs between the two terminals every couple minutes. El Prat arrivals at Terminal 2 is mainly used by low-cost airlines such as Ryanair, Transavia and EasyJet. T2A is used for non-Schengen flights, T2B for Schengen flights and T2C by EasyJet. 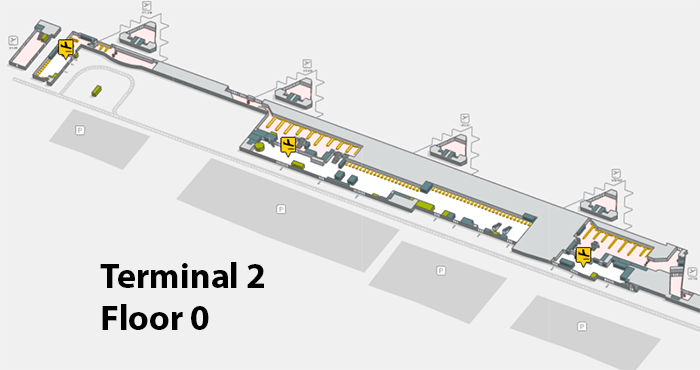 Terminal 1 is a large and modern terminal. The departure hall is on Floor 1 (gates A, B, C) and Floor 3 (gates D, E / non-Schengen). For the BCN arrivals you arrive at the arrivals hall on Floor 1. 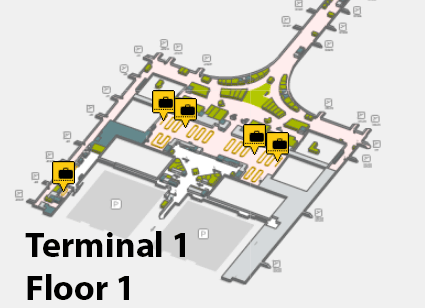 The airline with the most Barcelona El Prat arrivals is Vueling with more than 20 million passengers in 2019. With 8 million passengers the carrier Ryanair is really important. Other airlines with frequent flights are the following:

The first busiest routes are domestic. These flights go to Madrid-Barajas and Palma de Mallorca with a total of 5 million passengers a year. This is followed by the airports:

There are Barcelona arrivals from the US and Canada as well. These are the following:

Some of these routes are seasonal. There are also flights to Latin America, Asia and the Middle East.

In 2019, more than 52 million passengers used the airport. The Catalan airport is home to the Spanish airline Vueling, which carries around 35% of the total Barcelona Airport arrivals (Llegadas al aeropuerto de Barcelona) at the airport. In 2020, the Barcelona El Prat airport arrivals have fallen sharply due to the pandemic. With a decrease of more than 75%, the number of passengers came to 12,739,259 in 2020. Despite the fact that more routes will be flown again in 2021, the 50 million will not be reached. It is important to see that there is recovery and that there are first back towards the 200 thousand Barcelona flight arrivals.