King Shaka International Airport is located in the east of South Africa on the coast near the city of Durban. By car or taxi it takes 30 minutes to reach the center of the city. You can get dropped off by car right in front of the terminal. The taxi and bus stand is also located just in front of it.

The airport has 1 terminal for the Durban flight departures. The arrival area are on the ground floor and the first level is for the DUR departures. After checking in you can go to the gate through security. Turn right for international departures and left for domestic Durban Airport departures. 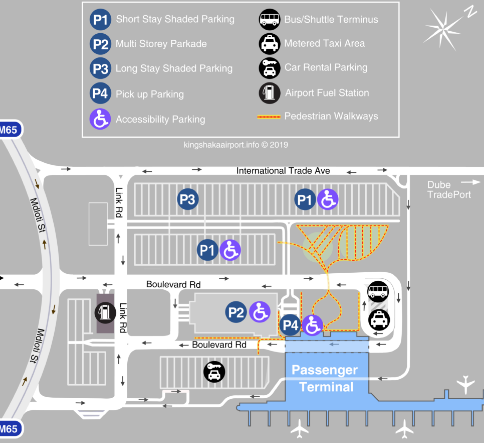 There is only 1 runway. However, it is large enough to allow the largest passenger plane to take off. 87 percent of all King Shaka departures are domestic. So there are not many international routes to this airport. In total there were 6,099,628 passengers using Durban Airport in 2019.

Most flights are operated by Mango, Kulila, FlySafair and Airlink. Of these there are many King Shaka flight departures to the capital Johannesburg.