Bucharest Henri Coandă International Airport is the busiest international airport of Romania. This airport is situated in Otopeni and one of the 3 airports serving the Romania’s capital. This popular airport is named after Henri Coanda, Roimanian flight pioneer who was the builder of Coanda-1910 aircraft and discovered the Coanda effect of fluidics. The following details explain you this Otopeni arrivals and guide you to make an informed decision about your next travel using transport facilities in this airport.

There are many more possible destinations from the airport in Romania. Most of the flights remain in Europe. Airplane routes will also be added in the summer.

You can have Bucharest Henri Coandă arrivals using the rail, bus, car, and taxi. The main railway station Gara de Nord is used to access this airport using the rail link service runs from the Airport railway station near the parking lot in the Otopeni airport arrivals hall. CFR, Regio, and TFC alternatively operate trains for travels in 20 minutes and departing each 40-minute. 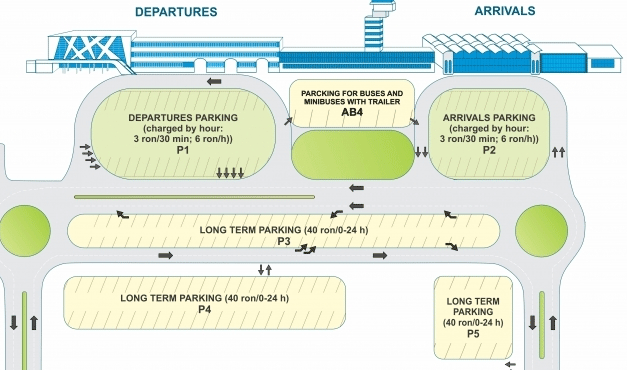 You can use the public transport company STB System’s fast bus service provided by the 780 route to Gara de Nord and Gara Basarab railway stations. You can use the route DN1 to travel to this airport by a car. The A3 motorway will link the upcoming terminal two and the city. You can use the taxis serving this airport. You have to use the touch screen system in the OTP airport arrivals terminal of this airport and let the taxi driver to enter the pick-up area. You can also use the Bolt and Uber taxi facilities.

There is a single terminal for Bucharest Otopeni airport arrivals with 3 main facilities the Finger Terminal, the OTP arrivals Hall/Terminal, and the Departures Hall/Terminal. A good walkway with shops in this airport connects the Bucharest Otopeni arrivals and departure buildings. The complete airside concourse is successfully organized in domestic and international passenger flows. There are 38 gates and 104 check-in desks in the entire terminal of this airport with 86,000 square meters of the total floor area.

The airlines using this airport for Bucharest airport arrivals are:

The important destinations with Bucharest Henri Coandă arrivals from this airport are the following: