All the Qatar Airport departures take place at Hamad International Airport. The airport is located in the Doha district and is therefore also called Doha Airport. It is located 9 miles east of the city . By taxi you will be in the center in approximately 20 minutes. The costs for this are 45-55 QAR, depending on the time of the day. You could also travel by bus or metro. DOH airport departures by metro are available all day long and the journey time is only 15 minutes. When you arrive at the airport you will see that there is a very new and modern terminal. This terminal is only a few years old (2014). 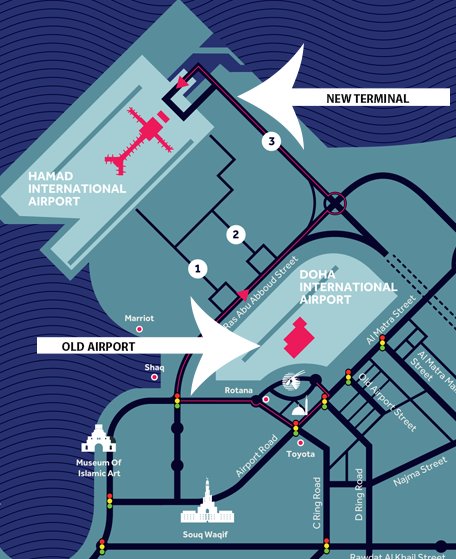 All arrivals and Hamad airport departures take place at level 1. Upon arrival, you will then go to level 0 via the passport control where the baggage reclaim area is. For DOH departures your journey also starts at level 0. Here are the check-in counters. Via the customs you go to level 1 to board at the gates. There is also a level 2 that is mainly used as a transfer area. At level 1 you can go to the different Concourses called A, B, C, D and E. There is an expansion at the airport to create more Doha Airport departures. Capacity will eventually reach 53 million passengers per year. Important to mention is that it has 2 long runways to handle Qatar departures for the largest aircraft in the world. There are also several gates at the airport especially for the Airbus A380. The longest runway of the two is nearly 16,000 feet in length. 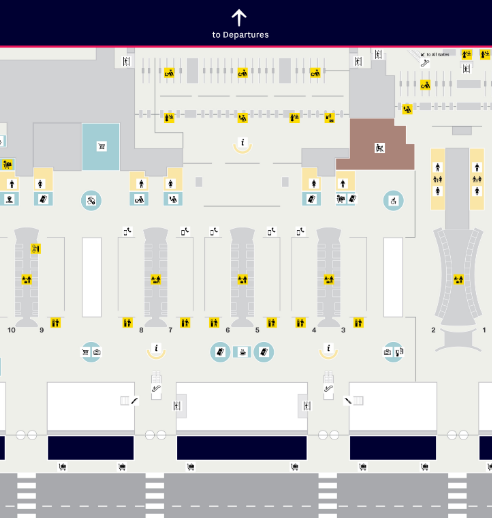 Looking at the amount of passengers there were 38,786,422 last year. That is a 12.4 percent increase compared to the year before. That were 232,917 Doha departures and arrivals with mainly Qatar Airways of which Doha is their home base. They have the most flights and destinations from this airport. However, there are also plenty of Hamad departures from other airlines such as Pegasus and Turkish Airlines to Istanbul, Jazeera and Kuwait Airways to Kuwait, British Airways to London, Air Canada to Toronto, but mainly the airlines Air India, IndiGo and GoAir have flights to India with final destinations such as Delhi, Hyderabad, Chennai, Bangalore, Mumbai and Kochi. Other destinations that you also see from Qatar Airways are Amsterdam, Atlanta, Auckland, Bangkok, Barcelona, ​​Beijing, Cape Town, Denpasar / Bali, Edinburgh, Johannesburg, Hong Kong, Melbourne, Frankfurt, Los Angeles, Singapore, Tokyo, Seattle, San Francisco, Paris, Perth, Washington-Dulles, Sydney, Tehran, Shanghai, Rome, Miami, Milan, Manchester and many more.