Muscat airport is located west of Muscat and east of Seeb, close to the sea (Gulf of Oman). Muscat International Airport is accessible by car via three main roads, namely Sultan Qaboos Street, 18th November Street and Muscat Expressway. The distance is about 30 km and easily accessible by taxi or public transport. The airport is mostly used by the airlines SalamAir and Oman Air. They mainly offer flights to destinations in the region, but also further to Europe and the Far East. There are two terminals at Muscat Airport. Terminal 1 is new and is currently used for all Muscat arrivals. The second terminal is older and is being converted for low-cost airlines. There are 2 runways of 3,500 and 4,000 meters long. Due to all the innovations, passenger numbers have grown considerably in the last 10 years. From 4 million in 2009 to 16 million passengers in 2019.

The airport has 1 new terminal that came into use in 2018 after parting with the old terminal to increase Muscat arrivals. The first phase has resulted in a capacity of 20 million passengers per year. Ultimately, the final phase will create a maximum capacity of 48 million. That are a lot of MCT airport arrivals. With the 10 baggage belts, many Oman airport arrivals can be handled at the time. There have been nearly 9 million passenger arrivals at Muscat International Airport in 2019 via the two long runways that the airport contains. That is a fourfold increase compared to 10 years ago. So there is great growth going on. Because of the pandemic the Muscat flight arrivals decreased a lot. 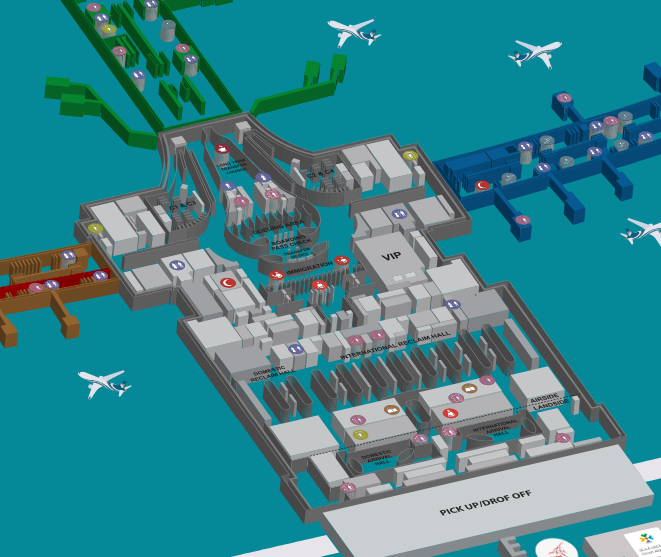 There are two airlines with the most Muscat airport arrivals from most destinations. These are Oman Air and SalamAir. Other carriers that can be seen a lot at the airport: Air India, Emirates, Kish air, KLM, Pakistan International Airlines, Taban Air, Saudia.

The destinations are diverse such as to India:

After arriving at the airport, simply travel by bus to the center of Muscat City. Without heavy traffic, it will take you about 30-40 minutes. You pay a little more than a US dollar for this. Various routes are possible. Ask at the information desk which one is best for you.

It’s not such an old airport yet. The opening for the first Muscat airport arrivals took place in the year 1973. At that time there was another small airport called Bayt al Falaj which was replaced. There have also been times when the Air Force has commissioned the airport. In the past, the airport was still called Seeb International Airport, but in 2008 it was changed to Muscat International Airport. In order to continue to meet the demand for flights, innovations had to be made. For example, the runways have been extended and improved several times. A new terminal has also been built to significantly increase capacity to 20 million passengers per year. This one opened not too long ago in 2008. The old terminal is being renovated.