Auckland Airport is located 13 miles south of Auckland. Auckland is located in the north of the North Island of New Zealand. To the airport from the center you can take the bus or taxi. What many tourists also do is rent a rental car from Hertz, Avis, Europcar or Thrifty. to travel to country. The first Auckland flight departures started in 1928 as a flying club. It was not until 1960 that it started to transform into a large airport, with the first flight to Sydney in 1965. In 1977 a new terminal was opened for international flights. In subsequent years the runway has been modified, improved and enlarged several times. This also happened with the terminal for the domestic and international parts.

The airport has two terminals located close to each other. One is for all domestic Auckland departures and the other for international Auckland airport departures. The international terminal has Pier A and B with many different boarding gates. Both have an departures lobby on the ground floor with baggage reclaim as well. The check-in desks are also on the ground floor. You will have to go to the first floor through security to get to the gates. Upon arrival you will walk the other way around. 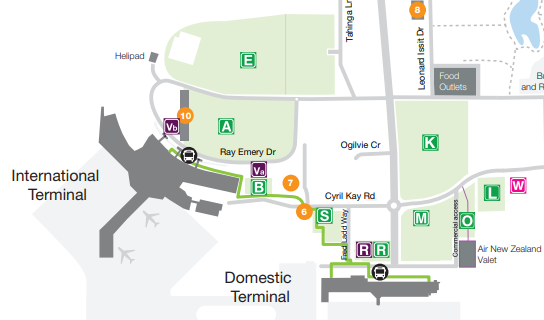 All AKL departures go from the same runway. Sometimes with great crowds, but that is temporarily a thing of the past due to corona. After years of growth, a decrease of at least 50 percent is expected. There are still relatively many Auckland domestic departures, but the international flights are nil. The decline is particularly big for the routes to Australia. With normally 4 million passengers per year, the difference in AKL airport departures is big in 2020 and 2021.

The main routes are going to the Australian cities:

But the other regions also have some flight routes as well. There are flights to:

Auckland is also popular with American travelers. In the top international destinations are:

The airport is based on Air New Zealand. It is therefore not illogical that most Auckland departures AKL are from this airline with many destinations to the US, Australia and Asia.