Auckland Airport is the country’s largest airport with most arrivals. It is located in the north of the North Island. The airport can be reached by bus from the city of Auckland. By taxi you can be in the center of the city in 25 min. This costs about 60 NZD. Do you have a rental car? Then you will probably have booked with Avis, Budget, Europcar, Hertz or Thrifty. These are located at the airport. 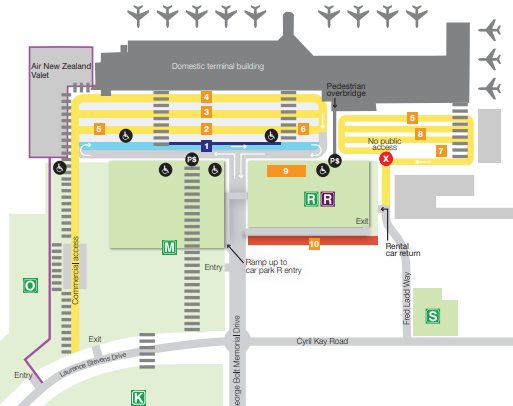 1 runway of 11,900 feet is available at the largest airport in the country to process Auckland flight arrivals. Auckland airport grew to 21,625,370 passengers, but corona has thrown a spanner in the works. A year that was only partly in the corona time, there were 15,521,054 passengers last year. That is already more than 6 million fewer AKL arrivals. Unfortunately, this will be even less in the current year. In total, this was 178,775 Auckland Airport arrivals.

Most flights are Auckland domestic arrivals, before and during the corona. Many flights go to the South to Wellington on the northern island and Christchurch to the southern island, as well as smaller destinations such as Queenstown, Dunedin, Palmerston North and more.

Other important Auckland flight arrivals are coming from the following international cities:

Other airlines that have Auckland arrivals are for the aforementioned cities: