The airport is located on the island of Malta in the Mediterranean about 5 miles/8 km south of the capital, Valletta. It is located in the village of Gudja and is also called Luqa airport. The airport is an important port for Air Malta and Medavia. The local airlines offer many flights to mainly European destinations. The Irish company Ryanair also has a base at Luqa Airport. Many departures go to London and some other major cities such as Frankfurt and Rome, but also the nearby Catania. 2 runways are used for these flights. They are 2.375 and 3.545 meters long. All Malta arrivals take place in the same passenger terminal. Passenger numbers hovered around three million a year for years. However, from 2010 there has been a significant increase to more than 7 million passengers in 2019. The following years were difficult due to the pandemic. In 2022, the flight routes will increase again and the numbers will rise again.

Due to the Second World War, a few small airports were formed together. In order to get more people at the airport, it was suggested to expand the Malta airport departures after the Second World War in 1956. In 1958 the new terminal could be put into use and the first Luqa arrivals were a fact. It was not until 1977 that the runway was extended to give larger aircraft the opportunity to realize Malta flight arrivals. With new extensions to the baggage carousels, computers, new floor surfaces, etc., preparations were made to have more Malta flight departures. In 1992 a new terminal was opened to further expand the airport. 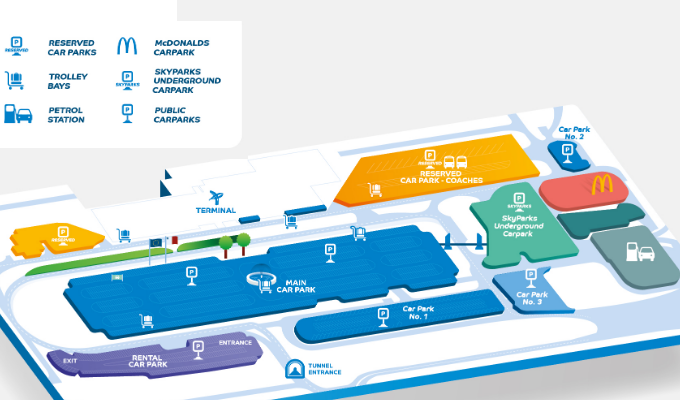 The terminal at the airport is not that big and has 3 floors. To start with, the Malta Arrivals (baggage reclaim) and check-in desks can be found on the ground floor. When you would like to have a MLA departures you go one floor up to Level 1 after check-in. There  are the Malta departures with 18 gates for boarding.

At Luqa Malta international arrivals you go the other way around. After landing you will arrive at level 1 and via passport control to ground floor for your luggage. There is a food court on level -1 that is connected to a car park. There is also an observation deck at level 2 to check out landings and departures.

Despite its compact size, Malta Airport (Maltese: Ajruport Internazzjonali ta ‘Malta) is experiencing impressive growth with many Malta airport arrivals. In 2009, 3 million annually to more than 7 million in 2019. Unfortunately due to the corona there is a 76.1 percent decrease in Malta airport departures in 2020. In that year there were only 1,748,050 passengers to be seen at the airport.

Most Malta international airport departures normally go to London Gatwich Airport in the U.K. followed by Fiumicino Airport in Rome, and Frankfurt Germany. The top destinations in Europe will be completed with the following airport:

Almost every route is flown by Air Malta. Other airlines with Malta Airport arrivals are:

Despite Air Malta’s many routes, Ryanair normally operates most Malta departures. Other frequent seen carriers with Luqa departures are: