It is Malaysia’s largest airport. It is located about 29 miles south of the city of Kuala Lumpur. It is one of the largest airports in the country and in the region, located in Sepang district. The main airlines at the airport are Malaysia Airlines, AirAsia, and Malindo Air. Two major terminals and 3 runways are used to carry out all flights.

It is a relatively new airport. The first KLIA airport departures only took place in 1993. It replaced an old airport (Subang or Sultan Abdul Aiz Shah Airport). That airport could no longer meet the demand. The 39 sq miles location is one of the largest in the world. The complete construction came in different phases to eventually develop 2 terminals and 3 runways. The first phase was KLIA 1 terminal and a satellite, together with a capacity of 25 million passengers a year. The second phase should increase the capacity by 10 million passengers and phase three even to 100 million in total with the second terminal KLIA 2.

By train to the center there are KUL airport departures every 30 minutes with the Ekspres Tail Link. This leaves from both terminal KLIA 1 and KLIA 2. You can also travel cheaper but less quickly by bus. There are several shuttle buses to the center. The trip can of course also be completed with a rental car from Avis, Mayflower, Hertz or Rent A Car or a taxi. The taxi costs 100RYM and takes 50-60 minutes.

There are 2 terminals at the airport. Terminal 2 (KLIA 2) currently has the most flights with 45 million passengers per year. All Kuala Lumpur departures from this terminal are with low budget airlines and mainly fly in the region and domestic. Terminal 1 (KLIA 1 or KLIAM) provides access to all other airlines and in particular Malaysia Airlines and Malindo Air of which it is the home base. In addition to the main building, KLIA 1 also has a Satellite Terminal A to which you can be taken from the main building by an Aerotrain for free. The terminals are 2 miles apart. There is a transfer between the two terminals. 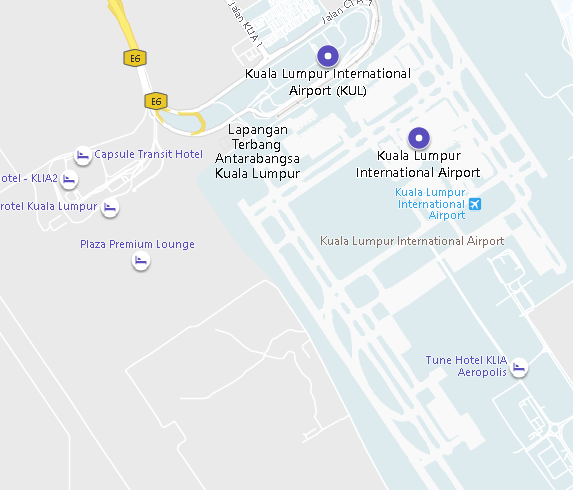 Terminal 1 starts at ground level with the bus and train station. There are also some shops and other services. Level 1 is arrival area and level 2 is where the KUL departures start with check-in and security. The domestic Kuala Lumpur departures will go to pregix A and B and the international travelers will have to walk to G and H. If you depart from the Satellite Terminal, you will travel there with the Aerotrain. 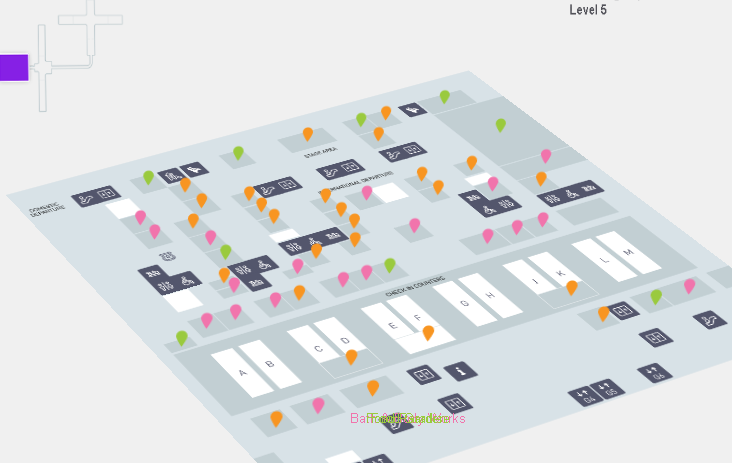 Terminal 2 has an arrival hall on level 2 with baggage reclaim. There is also a hotel and a train station. Via customs you can continue your journey and possibly continue your journey by train or taxi. The Kuala Lumpur Airport departures area is at level 3. Starting with check-in, you go to the gates via the security to the departures hall. Domestic and international flights are divided into different parts.

More destinations with 1 million passengers annually are Seoul and Taipei. Slightly fewer passengers yearly with KLIA departures and a little further away these airports are important:

In addition to the aforementioned airlines, AirAsia can be seen a lot at terminal KLIA 2 for Kuala Lumpur flight departures and other airlines such as: