Skopje International Airport (Меѓународен аеродром Скопје) is the country’s main airport (owned by TAV Airports). The location is in North Macedonia and also called by locals ‘Аеродром Скопје’. If flying to Skopje is not an option for you then you could go for another airport in North Macedonia. The location of this airport St. Paul the Apostle Airport is further away but still easy to travel to. It is the largest airport in North Macedonia. Another important airport in the country is the one near Lake Ohrid. Wizz Air offers many flights to different destinations in Europe. It uses 1 runway and a relatively new terminal was built in 2011. Since then, the capacity has increased considerably, resulting in an immediate increase in passenger numbers from 700 thousand to almost 2.4 million per year. 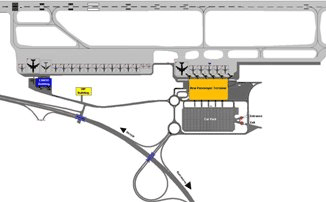 The first Skopje arrivals were there about 100 years ago in 1928. Not much later, commercial flights were also operated by Aeroput with a route to Belgrade. A few years later, this airline also operated regional flights to the Greek cities of Athens and Thessaloniki. Jat Yugoslav Airlines took over commercial flight routes after World War II and expanded to more international flights.

There have been a new terminal and an extended runway officially opened in 2011. The number of passengers at the airport has grown significantly in recent years, with the airline Wizz Air playing an important role.

The airport has a modern terminal consisting of two floors. On the ground floor you will find the check-in desks on the right. You will arrive at SKP Arrivals on the left side of the building. The departure hall is located on the first floor of the terminal. There are different shops and places to grab a drink or food. There is also a Primeclass Business Lounge available. 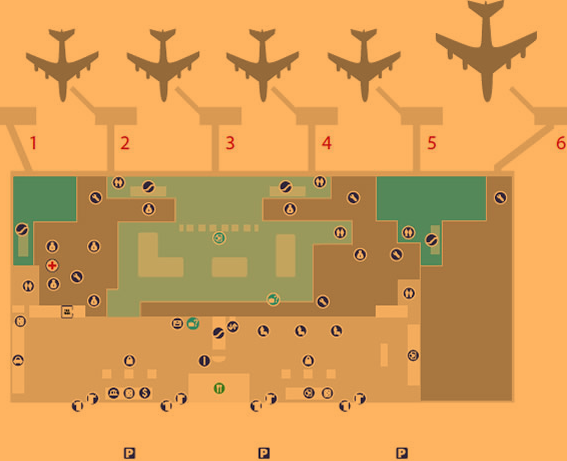 In the past 10 years, the number of passengers has tripled to 2,360,400 people in 2019. That is 19,177 Skopje airport arrivals. Most Skopje arrivals are from Wizz Air. It even has a 65 percent market share. Far behind that comes Turkish Airlines, Austrian Airlines and Germania Flug. Despite the popularity of Wizz Air, the 2 busiest routes to Istanbul and Zurich are handled by Pegasus and Turkish Airlines.

There are a small number of airlines available at this airport. Some of these that offer most flight routes are:

Some other frequent Skopje Airport arrivals besides the earlier mentioned ones are Basel Switzerland, Mulhouse France, Freiburg Germany, Malmo and Bratislava. Some routes that have just one or a few flights a week: 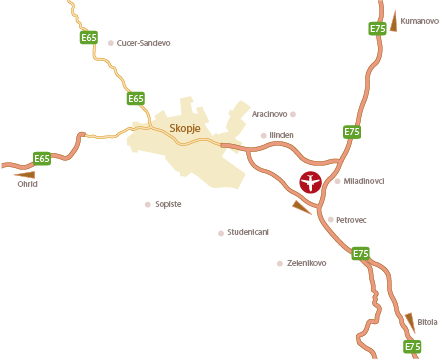 Public and other transportation options:

Parking at Skopje Airport is possible just in front of the terminal. Park short or long term. If you have to park regularly, it is advisable to take out a subscription. The starting rate is 90 MKD for the first hour. For a whole day you pay 700 MKD. Days 4 through 7 are actually free as the total price remains 2100 MKD. From 8 to 14 days it is 2800 and up to 30 days 3300 MKD. There is also a transit zone for people who just want to quickly disembark passengers by car. This is also called the Hug & Fly. In this situation you can leave the car for free for up to 10 minutes. There are also parking lots for disabled persons and for diplomatic vehicles.

If you want to stay in a hotel quickly after arrival, then there is really only 1 hotel recommended. That is the Mirror hotel in the nearby village of Petrovec. This hotel scores online as a very good hotel.