Saint Vincent and the Grenadines 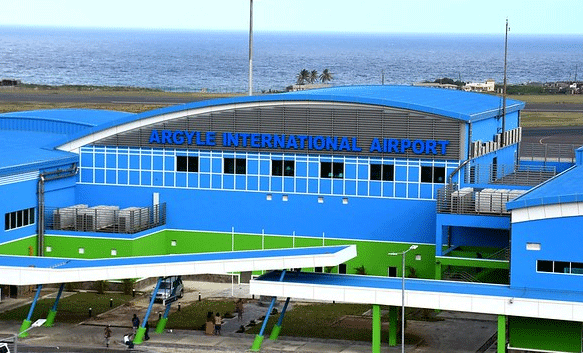 St. Vincent & the Grenadines is located in the Caribbean with an airport called Argyle International Airport (often called AIA). The location is in the south near the capital Kingstown which is on the largest island of Saint Vincent. It is the country’s first international airport. It connects with major cities in the US and Canada as well as surrounding islands in the Caribbean. Many of the flights are operated by Caribbean Airlines. There is 1 runway of 9,000 ft/2,750 m. There is also 1 passenger terminal at the airport.

The first Argyle flight arrivals took place in 2017. Dynamic Airways was the first airline to have arrivals at the airport. The airport has replaced the much smaller ET Joshua airport.

The island has to endure a lot from the corona virus. The island is highly dependent on tourism. There are SVD airport departures on the 9,000 feet runway to mainly regional destinations during the corona. Examples are Saint Lucia, Grenada and Bridgetown (Barbados) with Argyle arrivals from InterCaribbean Airways and One Caribbean. If everything resumes as before the corona, the airlines LIAT, Sunwing, SVG Air, Caribbean Airlines, American Airlines, Mustique Airways Air and Air Canada will undoubtedly be seen again.

There are several possibilities to buy items in the souvenir shops or books, electronics, liqueur, tobacco or food and drinks. The terminal has a capacity to transport 1.5 million passengers per year. With several commercial spaces, kiosks and some restaurants it’s a good place to stay when waiting for your flight. 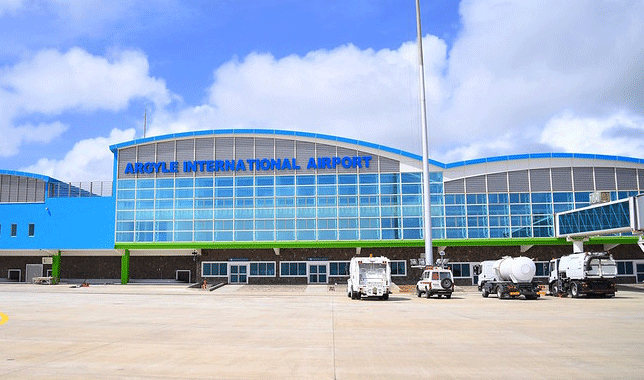 Air Canada will have Kingstown Airport departures to the following places:

Most IAI arrivals & departures are to Barbados Island. Several airlines fly this route. Trinidad & Tobago is the second busiest route. Flying to Piarco Airport has unfortunately been temporarily stopped. There are still flights to Grenada and Saint Lucia. Caribbean SVD airport arrivals and Argyle departures have to New York JFK.

There are some domestic routes to other islands that belong to St Vincent and the Grenadines. Those are Canouan Airport and Union Island Airport.