Haneda Airport, also known as Tokyo International Airport, is located in Öta, Tokyo, 14 km south of Tokyo Airport. It serves the Greater Tokyo region. In 2009, it was Asia’s second busiest airport and the world’s fourth busiest. Even though the big increase of Tokyo Haneda arrivals they stayed remain around spot 5 busiest airports. Because international HND flight arrivals are more important than the Chinese and US airports they they dropped to a twelfth rank in 2020 because of the pandemic with 30,8 million passengers.

There are three terminals for Haneda flight arrivals: 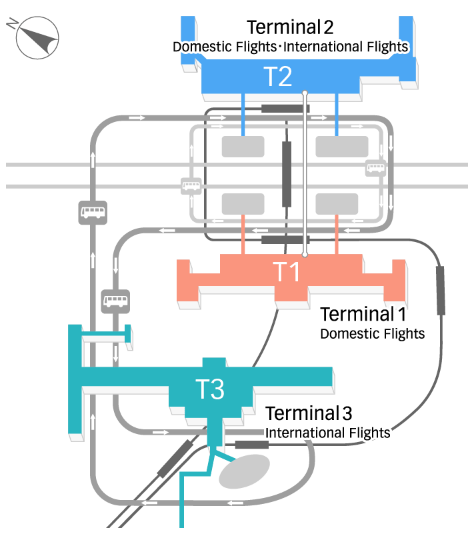 This airport, operated by the Tokyo Air Bureau, the Ministry of Land Infrastructure and Transport, and the Japan Airport Terminal. The Tokyo International Airport serves as a base for Japan Airlines, Skynet Asia Airways and Nippon Airways who process most Haneda airport arrivals.

In 2009, the airport handled a total of 62.1 million passengers. Following the completion of the expansion in 2010, the airport will be able to handle about 90 million of passengers and 250,000 Haneda flight arrivals a year. A new air traffic control tower was built at the airport at a height of 115.7 meters, which is 38 meters higher than the old one. It costs approximately 7 billion Yen and it is the world’s third tallest control. 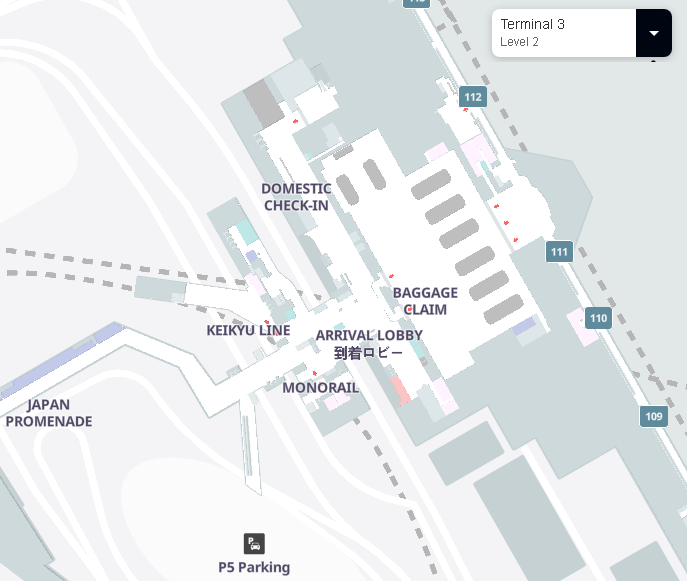 Numerous taxis, limousines, and buses operate to and from the airport. The Keihin Kyuko Railway and the Tokyo Monorail also serve Haneda airport arrivals. Inside terminals 1 and 2, as well as the international airport, there are bus stations. Taxi stands are also located outside each of the three terminals. Besides, the Eastern Japan Railways is proposing to build a new Haneda Airport access route that will directly connect to central Tokyo by 2029. Also, access to the car rental office located in terminals 1 and 2’s Tokyo Haneda arrivals lobbies. 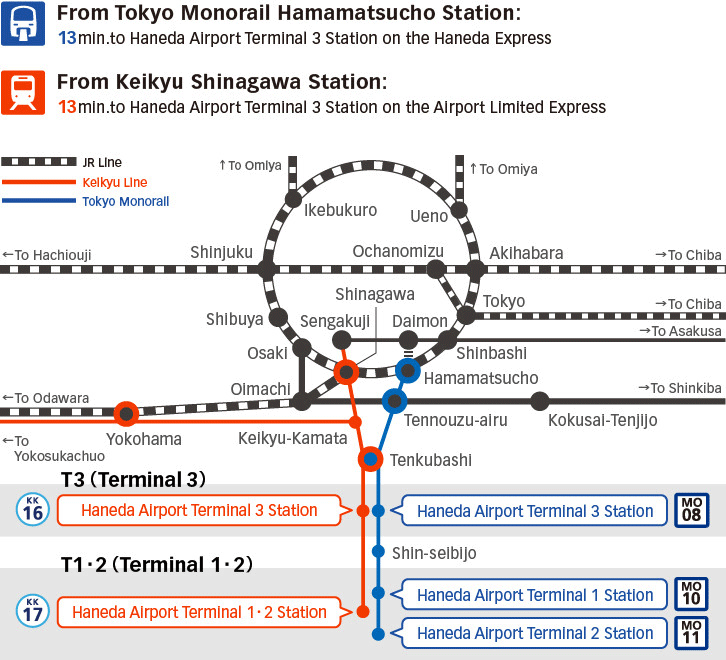 Five levels of car parking are available after Haneda arrivals with categories include short-term, long-term, and disabled passenger parking. Car parks P1 and P2 are used by terminal 1 passengers, while car parks P3 and P4, used by terminal 2 passengers. P5 provides service to the international terminal.

Both Terminals 1 and 2 have a variety of food choices, including some trendy Japanese restaurants, and some cafes, with a total of around 100 shops between them.

Terminal 1 of the airport provides seven information desks: two in the departure area, four in the Haneda flight arrivals hall, and one in the basement. Terminal 2 has three information desks and one on the international terminal. The first floor of Terminal 1 is the Commercial Court. No duty shops on the second floor of the international terminal. There are ATMs scattered around the terminals. The airport provides services for disabled Passengers. You can enter into international arrivals hall after clearing immigration and customs at Haneda.

If you have any questions, there is an information counter right in the middle of the hall. Tokyo International Airport provides JAL and ANA luggage delivery counters in the HND arrivals hall to the right of exit customs.