The New Chitose International Airport is the main air terminal for Sapporo. It is the largest passenger and cargo airport on the island of Hokkaidō and is located in the southeast of the city center. This airport is one of the busiest in Japan and covers many national and international New Chitose departures.

The New Chitose Airport is an international airport located 5.0 km (3.1 miles) southeast of Chitose and Tomakomai, Hokkaidō in Japan. Although it is near the Chitose Air Base, it also have Sapporo airport departures of the Self-Defense Air Force of the country.

The government restricts commercial flight hours of operation at New Chitose Airport. This allows the New Chitose flight departures to interfere with the operations of the Japan Air Self-Defense Force base.

You can fly these routes usually with the airlines ANA, Hawaiian Airlines, JAL, Air Do, and Spring Airlines Japan.

The new Chitose airport has two separate terminals for New Chitose departures, a domestic terminal and a larger terminal for international flights. 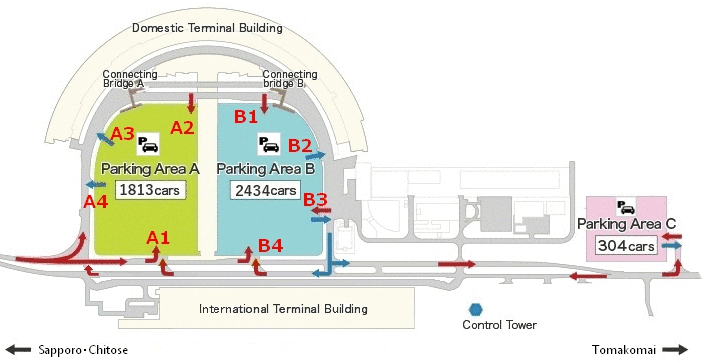 The domestic terminal of Chitose airport is small and can connect you with different regions and cities and is connected with the transportation of the JR Line.