The Venice Treviso Airport works as a connecting bridge for tourists who want to know more than one city. You can get to know other cities of great attraction such as Venice due to its great proximity to Treviso. You can take other domestic flights from the facilities to get to know Italy or having Treviso departures to other international destinations.

The name of Venice Treviso Airport is often used by airlines to highlight its proximity to the tourist city of Venice. Since the opening of its terminal in 2007 for Venice-Treviso Airport departures, it has continued to benchmark the neighboring city and become the secondary airport. One of its biggest attractions is charter flights and low-cost companies.

Among its historical data is the registration of its first international Treviso flight departures were in May 1953. According to 2008 statistics, it has moderate passenger traffic that has managed to maintain itself.

This airbase is located in the Veneto region just north of Venice and 3 km southwest of Treviso. Its proximity to Venice is of great attraction for tourists who want to visit this city at a lower cost.

If you want to move to or from the airport you can do it through the following means of transport:

The facilities of this terminal are characterized by being small, and the building is even divided into two floors. Both have a great variety of important services distributed according to the needs of the passengers. You can find the arrival hall on the ground floor while on the upper floor this Venice-Treviso Airport departures hall. 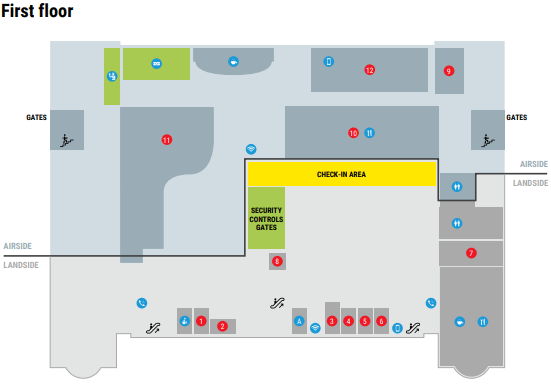 The terminal building is characterized by its barn-like shape designed to adapt to the traffic of cheap flights. It has a Treviso flight departures hall characterized by its spaciousness capable of reducing congestion. Among its greatest attractions is the shape of the structure striking for tourists /

If you feel like eating, you can go to the TSF airport departures area before security to find several shops or restaurants. Next to the check-in area, there is a self-service cafeteria where you can enjoy the menu. For your peace of mind, it is available 24 hours a day.

After the security area, there is a wide repertoire of shops where duty-free shops stand out. In this area, you can walk through a wide corridor of souvenir or food stores. You can also find small clothing stores and certain health items.

Among the top three airlines that operate within the facilities are the following options:

Within the facilities, you can contact the most recognized airlines to take some of the following Treviso departures: