Venice Marco Polo Airport also referred to as Marco Polo International Airport; VCE has non-stop flights to 39 countries around the world. It also handles 14 domestic destination Venezia airport arrivals. Located in the Tessera region (outskirts of Venice), the airport is considered Venice’s primary one. Venice airport arrivals is fifth most in Italy’s despite having a single passenger terminal. The airport is located roughly 13 kilometres away from Venice. There are several ways to travel from the airport to downtown Venice and vice-versa. Passengers can opt for a taxi, water boat service, take a bus, or rent a car for traveling around picturesque locations.

Venice Marco Polo Airport or also called Venice Tessera Airport is located north of the city where the airlines Easyjet and Volotea have a base. Travel easily by bus to the center in 20-25 minutes. VCE airport arrivals are also available by boat shuttle. If you travel by taxi, you pay about 45 euros for the center.

Runways and terminals at Venice Airport

VCE has two operational runways and a single terminal. It’s the fifth busiest in the country. 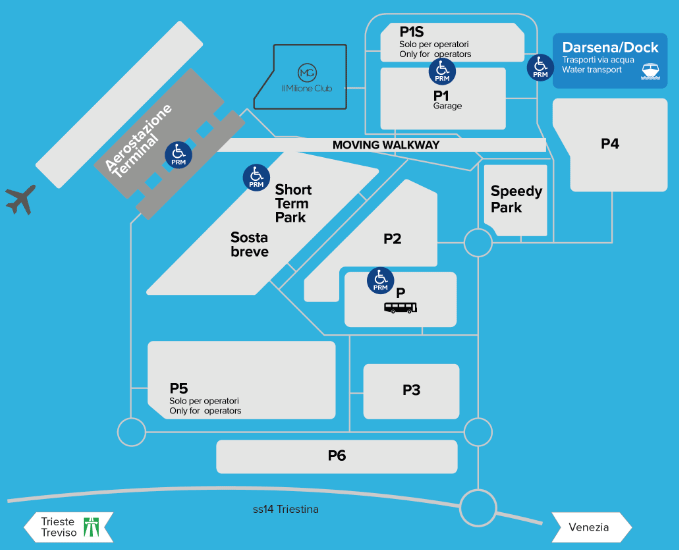 At ground level are the Venice Marco Polo arrivals and therefore the baggage claim. From this floor you will have to go to First level to leave. That’s where the check-in areas and departure lobby for boarding are. 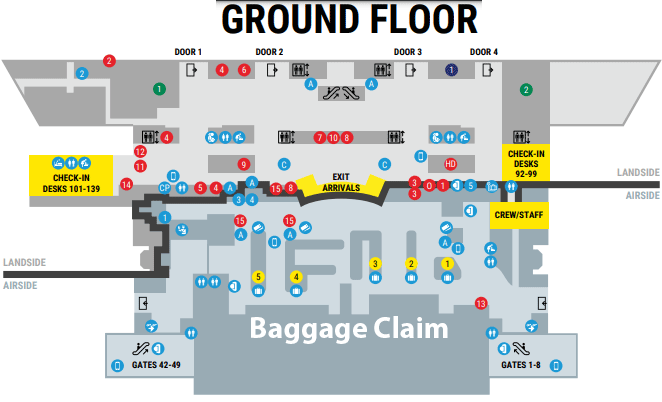 Not all Venice arrivals will be at Marco Polo Airport. There is another airport a little further on land called Treviso. There were almost 12 million passengers at the airport in 2019, but unfortunately this was not followed up by the corona in 2020. In 2021 something may be made good, but it will be difficult. Last year there were 2.8 million passengers. That was 34,337 Marco Polo Airport arrivals. Many of these flights were domestic because of the restrictions with other (non) European countries. These were mostly performed by Volotea. If tourism picks up again, flights from all over Europe and beyond will undoubtedly restart. Major routes with VCE airport arrivals:

Thanks to vaccination campaigns in various countries, the world is slowly moving on the road to recovery. The slow change is visible in airport operations as well. Until a few months back, VCE was not even partially operational. Marco Polo flight arrivals starting to show up again.

Several areas of the airport, including smoking areas and VIP Lounge, are closed temporarily. Italy has put travel restrictions in place. So, passengers from no-fly countries cannot enter the country even if they have negative corona-virus test results. Plus, there is another list of high-risk countries. Individuals coming to Italy from these nations need to spend 14 days in isolation at designed quarantine facilities, no matter if they are carrying COVID-19 negative certificates or not. The list of countries that can have Venice flight arrivals keeps on updating daily. Thus, passengers are advised to check with the airline to ensure their flight is arriving at the scheduled time.

Italy is set to remain in a state of emergency throughout April, and the status may extend beyond April as the nation is facing another wave of the corona-virus pandemic. Thus, the entry is limited to visitors from the European Union nations. In summer 2021, Venice airport arrivals are starting to increase again.

Italy constantly made it in the headlines due to COVID-19 cases and deaths. However, Venice was never the epicenter. Now, airlines are working on their summer flight schedules for Italy. The Marco Polo airport arrivals of tourists is still lower than expected. And this can prove to be a good opportunity for fully vaccinated tourists to enjoy the city. They can enjoy the unspoiled countryside, fantastic wine, and incredible food.

Venice Marco Polo Airport (VCE) has achieved ACI Airport Health Accreditation for the administration’s efforts to protect employees and passengers. All transit areas and contact surfaces are sanitized every hour. The airport also offers rapid testing facilities for travelers at the terminal (one).