Shannon airport has been around for quite some time. The location is in Ireland, in County Clare near Limerick to be more precise. It’s not the busiest airport with a few million passengers a year but definitely interesting for some. Most flights are operated by the Irish airline Ryanair. Most of these planes go to the UK, Poland and Spain. There is a 3,200-meter runway large enough for planes to land and take off for long distances. There is also a terminal where everything is run smoothly.

Some routes will be continued in 2020 like Boston, New York JFK, Philadelphia, Newark, Malta, Turin and some more.

The history of this airport dates back to the 1930s. The first Shannon airport departures took place on a simple grass runway. It became a famous airport in the past due to the flight paths over the Atlantic Ocean. It is also known for introducing duty-free shopping as an airport for the first time. In the 1960s there was focus for the runway. This was extended to 10,500 feet. A few years later, a new terminal was opened with several airbridges. A US immigration facility was set up as the first in Europe. First as a trial and 2 years later in 1988 as fully open. Several extensions were made to the airport to meet the demand from the Shannon departures. In 2000 the maximum capacity was 4.5 million passengers. In recent years before the pandemic, the numbers have hovered around 1.8 million annual passengers. 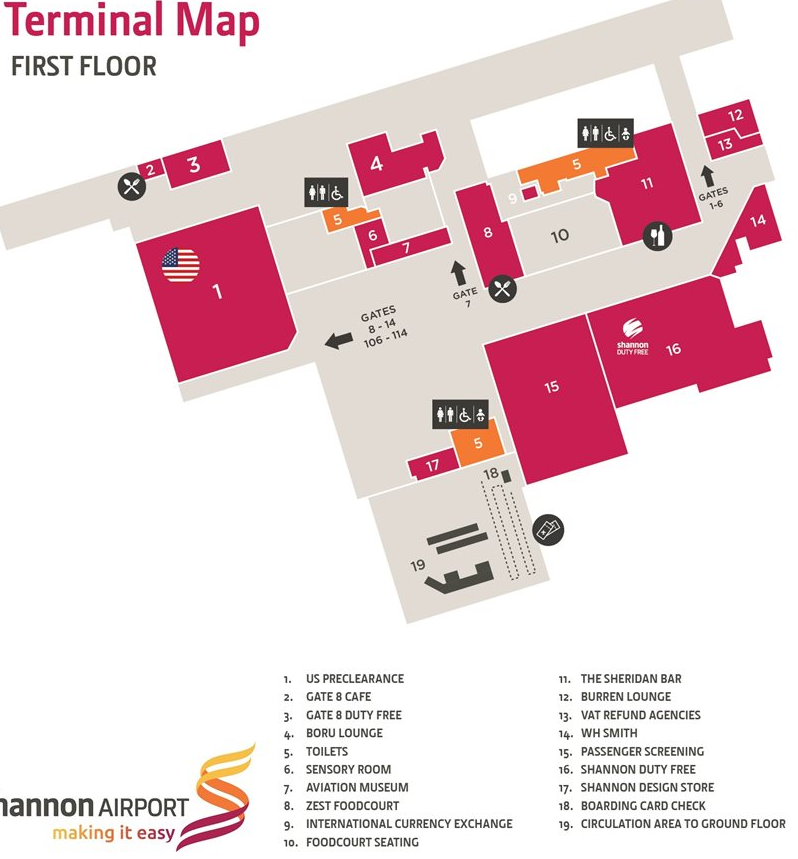 With a decrease of 8 percent, there are fewer Shannon Airport departures in 2019. This is partly due to Brexit and the discontinuation of flights operated with a 737 MAX. This forced Air Canada and Norwegian Airlines to stop these flights. There will be an even bigger fall in passengers due to the corona in 2020. Most Shannon departures in 2020 will be with the airlines Turkish Airlines and Ryanair. 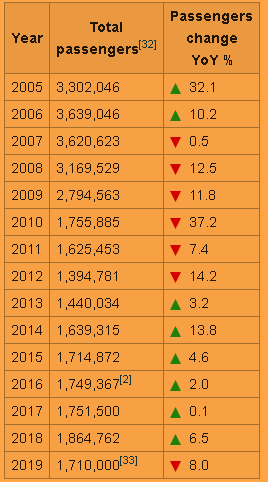