Shannon Airport is located in the west of the country Ireland on the “River Shannon”, Ireland’s longest river after which the airport is named. It is one of the busiest airports in the country with about 1.5 to 2 million passengers a year. The airport is known for being the first commercial flight across the Atlantic Ocean, the first pre-clearance facility in Europe for US people. It also was the first airport that duty-free shopping started.

In the 1960s, the airport was known for the many international flights that were operated between the US and Europe. One of the reasons Shannon was used as a gateway to Europe is its location in Europe and its long runway of 3,200 meters/10,500 feet. The airport that is currently in use has been there for about two decades. There are 40 check-in counters and 14 gates to board. For the Shannon arrivals there are 4 baggage carousels.

Often, travelers do not fly to this airport to visit Shannon, rather they visit the cities of Limerick, Ennis, Galway and Cork. Shannon Airport can be reached by road via the N19, which connects to the roads M18 (north) and N18 (direction Limerick).

if you want to park your car then there are different options available. On the map below you can also see where the set down/pick up area is located. On the right side of the building is the Shannon Arrivals Hall. 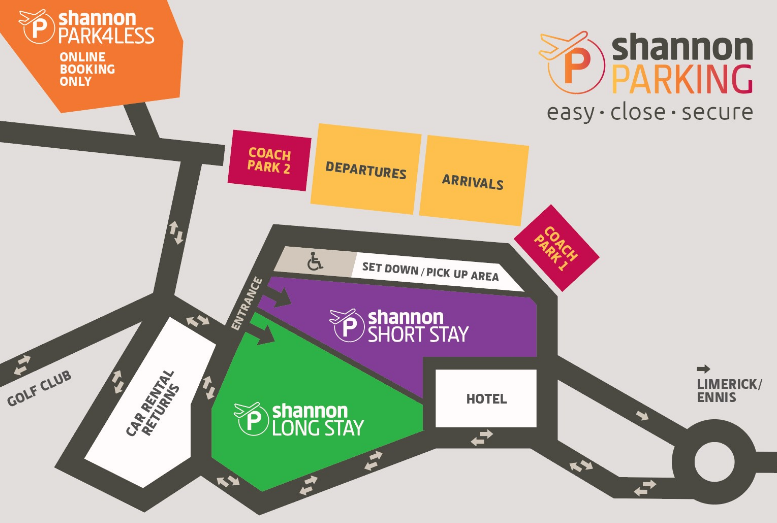 With a small decrease in Shannon arrivals in 2019 due to Brexit and the problems with the 737 MAX plane, connections to London remain extremely popular. Shannon Airport arrivals in the U.S. are maintained. There is a shift from Boston to New York – JFK. The other SNN airport arrivals are mainly from Ryanair’s holiday flights from Spain with Malaga, Lanzarote and Alicante. After the problems in 2019, the airport faced another problem with the pandemic and saw the arrivals decreasing even more with almost 80 percent in 2020. The numbers in 2021 show a increase again compared to the year before.

Other options you can fly to: 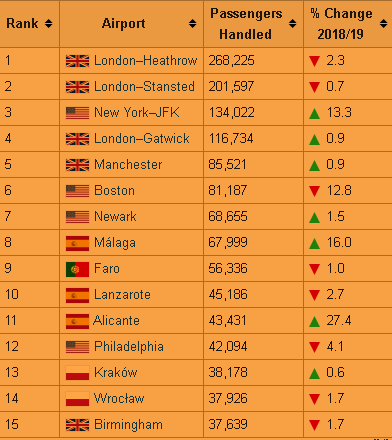 When you enter the terminal for a departure you will find the check-in counters on the left to start your journey. Passengers arriving will be on the first floor first. You will then be led through the immigration hall to the arrivals hall. 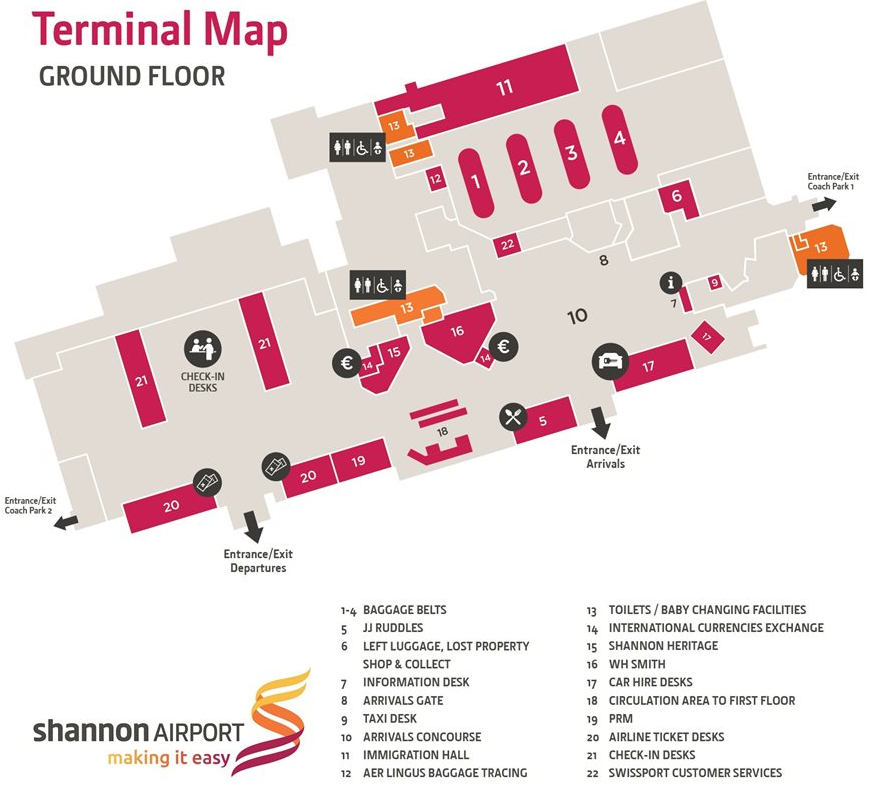