Cork Airport is located in Ireland and is the second largest airport in the country after Dublin. It is located just 4 miles south of town in the Farmers Cross area. The first Cork departures were operated by Aer Lingus in 1961. It has grown from 10,000 passengers to 2.5 million passengers per year. Over the past 60 years, the airport has expanded with updated check-in, offices, runways, hotel and more. It has also been named one of the best airports in Europe several times, with no more than 5 million annual passengers. Cork is located on Ireland’s south coast, where the River Lee flows into Cork Harbor, a deep inlet from the sea. The airport regularly suffers from bad weather conditions. In that case, planes divert to Shannon, Kerry or Dublin.

A new modern terminal was put into use in 2006 to meet the growing passenger numbers. The last 5 years has seen an increase in Cork Airport departures of 500k with a total of 2,585,466 passengers in 2019. Cork Airport is an important airport for Irish airline Aer Lingus and budget airline Ryanair.

Most of these Cork Airport departures will be flown by Aer Lingus, Air France, KLM, Lufthansa, Ryanair, Swiss Air Lines, TUI and Volotea. Some of these only have seasonal Cork flight departures. 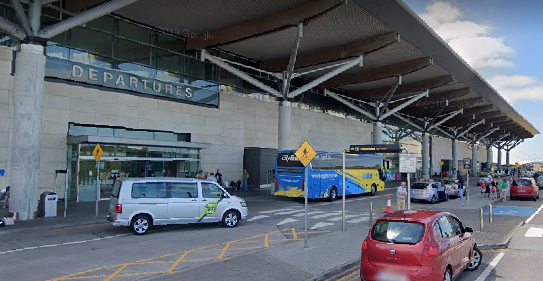